We've entered the month of love, and what better way to get into a cozy mood than picking up your favorite love story? Here are a few of our picks, from love-hate sparks to a steamy Regency romance. 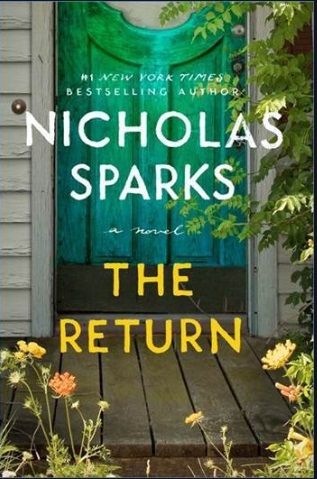 In the romantic tradition of Dear John, Nicholas Sparks returns with the story of an injured Navy doctor -- and two women whose secrets will change the course of his life.

Trevor Benson never intended to move back to New Bern, North Carolina. But when a mortar blast outside the hospital where he worked sent him home from Afghanistan with devastating injuries, the dilapidated cabin he'd inherited from his grandfather seemed as good a place to regroup as any.

Tending to his grandfather's beloved beehives, Trevor isn't prepared to fall in love with a local . . . yet, from their very first encounter, Trevor feels a connection with deputy sheriff Natalie Masterson that he can't ignore. But even as she seems to reciprocate his feelings, she remains frustratingly distant, making Trevor wonder what she's hiding.

Further complicating his stay in New Bern is the presence of a sullen teenage girl, Callie, who lives in the trailer park down the road. Trevor hopes Callie can shed light on the mysterious circumstances of his grandfather's death, but she offers few clues -- until a crisis triggers a race to uncover the true nature of Callie's past, one more intertwined with the elderly man's passing than Trevor could ever have imagined.

In his quest to unravel Natalie and Callie's secrets, Trevor will learn the true meaning of love and forgiveness . . . and that in life, to move forward, we must often return to the place where it all began.

"As much a family drama as it is a love story . . . If you, like Trevor, are looking to slow down and focus on what's really important, The Return is the heartwarming read you've been waiting for." ―BookPage 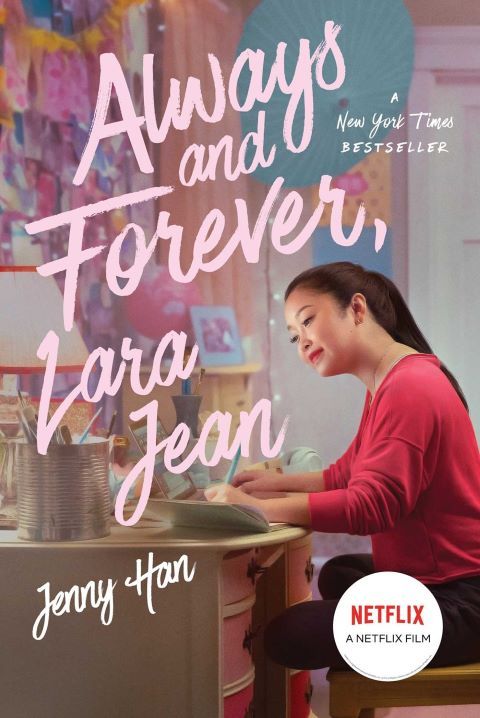 Lara Jean’s letter-writing days aren’t over in this surprise follow-up to the bestselling To All the Boys I’ve Loved Before and P.S. I Still Love You.

Lara Jean is having the best senior year a girl could ever hope for. She is head over heels in love with her boyfriend, Peter; her dad’s finally getting remarried to their next door neighbor, Ms. Rothschild; and Margot’s coming home for the summer just in time for the wedding.

But change is looming on the horizon. And while Lara Jean is having fun and keeping busy helping plan her father’s wedding, she can’t ignore the big life decisions she has to make. Most pressingly, where she wants to go to college and what that means for her relationship with Peter. She watched her sister Margot go through these growing pains. Now Lara Jean’s the one who’ll be graduating high school and leaving for college and leaving her family—and possibly the boy she loves—behind.

When your heart and your head are saying two different things, which one should you listen to?

"Sparkling dialogue, swoon-worthy scenes, and likable characters make this a gem of a selection for most YA collections" --School Library Journal

The Duke and I (Bridgertons Book 1) 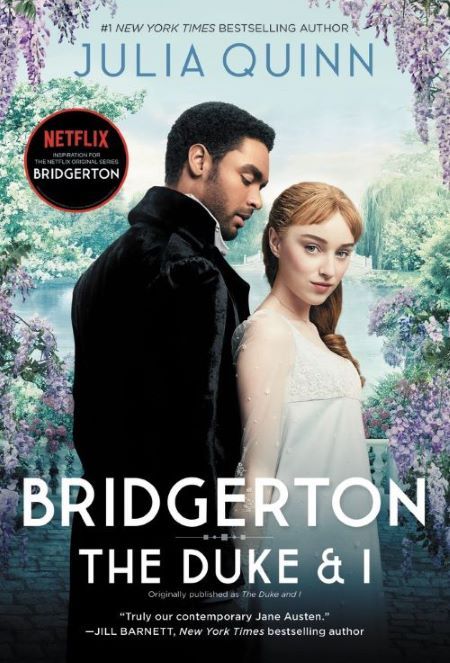 Can there be any greater challenge to London's Ambitious Mamas than an unmarried duke?—Lady Whistledown's Society Papers, April 1813

By all accounts, Simon Basset is on the verge of proposing to his best friend's sister—the lovely and almost-on-the-shelf—Daphne Bridgerton. But the two of them know the truth—it's all an elaborate ruse to keep Simon free from marriage-minded society mothers. And as for Daphne, surely she will attract some worthy suitors now that it seems a duke has declared her desirable.

But as Daphne waltzes across ballroom after ballroom with Simon, it's hard to remember that their courtship is a sham. Maybe it's his devilish smile, certainly it's the way his eyes seem to burn every time he looks at her . . . but somehow Daphne is falling for the dashing duke . . . for real! And now she must do the impossible and convince the handsome rogue that their clever little scheme deserves a slight alteration, and that nothing makes quite as much sense as falling in love.

You Had Me at Hola 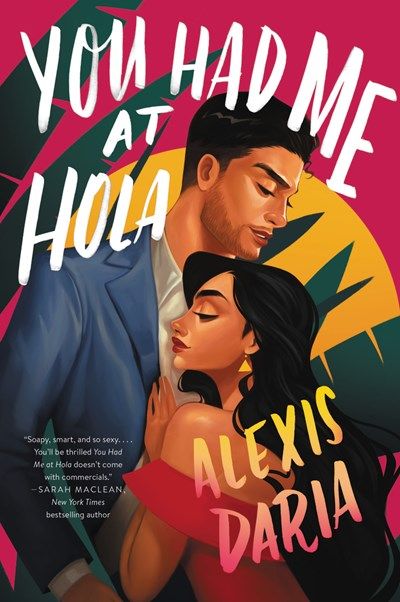 RITA® Award Winning author Alexis Daria brings readers an unforgettable, hilarious rom-com set in the drama-filled world of telenovelas—perfect for fans of Jane the Virgin and The Kiss Quotient.

Leading Ladies do not end up on tabloid covers.

After a messy public breakup, soap opera darling Jasmine Lin Rodriguez finds her face splashed across the tabloids. When she returns to her hometown of New York City to film the starring role in a bilingual romantic comedy for the number one streaming service in the country, Jasmine figures her new “Leading Lady Plan” should be easy enough to follow—until a casting shake-up pairs her with telenovela hunk Ashton Suárez.

Leading Ladies don’t need a man to be happy.

After his last telenovela character was killed off, Ashton is worried his career is dead as well. Joining this new cast as a last-minute addition will give him the chance to show off his acting chops to American audiences and ping the radar of Hollywood casting agents. To make it work, he’ll need to generate smoking-hot on-screen chemistry with Jasmine. Easier said than done, especially when a disastrous first impression smothers the embers of whatever sexual heat they might have had.

Leading Ladies do not rebound with their new costars.

With their careers on the line, Jasmine and Ashton agree to rehearse in private. But rehearsal leads to kissing, and kissing leads to a behind-the-scenes romance worthy of a soap opera. While their on-screen performance improves, the media spotlight on Jasmine soon threatens to destroy her new image and expose Ashton’s most closely guarded secret. 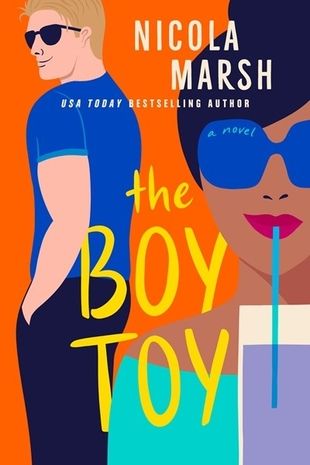 A woman ready to give up on love meets her match in a man she never expected to fall for in this heartwarming and steamy new romantic comedy by USA Today bestselling author Nicola Marsh.

For almost a decade, successful 37-year-old Samira Broderick has used her bustling LA practice as an excuse to avoid a trip home to Australia. She still resents her meddling Indian mother for arranging her marriage to a man who didn't stick around when the going got tough, but now with a new job Down Under, she's finally ready to reconnect with her. And while she's there, a hot international fling might be just what she needs to get out of her recent funk.

Aussie stuntman, Rory Radcliffe, has been hiding his stutter for years by avoiding speaking roles. When a job he can't refuse comes up as a reality show host, he knows he'll need some help for the audition: a dialect coach. But he finds himself at a loss for words when he discovers it's the same sexy woman with whom he just had a mind-blowing one-night stand...

Samira can think of many reasons why Rory is completely wrong for her: he's ten years her junior, for one, and he's not Indian--something Samira's mother would never approve of. Even if things were to get serious, there's no reason to tell her mother...is there?

"An enchanting interracial rom-com...Marsh eschews intense drama in favor of slow-burning anticipation, drawing readers in with vivid descriptions, witty dialogue, and a fleshed out depiction of Indian family culture. The result is a winning romance." —Publishers Weekly 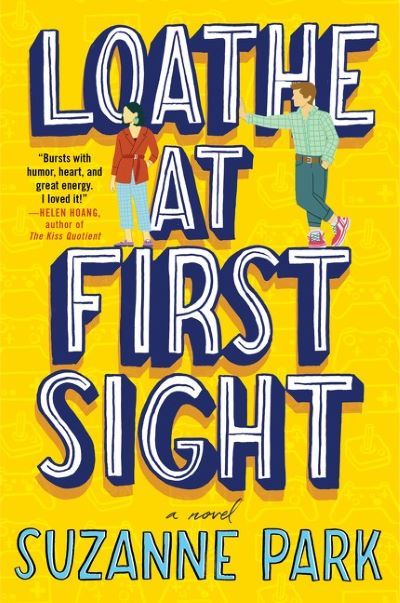 In a debut perfect for fans of Jasmine Guillory and Sally Thorne, a junior video game producer finds herself getting closer and closer to the one person she hates most after a mass troll attack online almost ruins her life.

Melody Joo is thrilled to land her dream job as a video game producer, but her new position comes with challenges: an insufferable CEO; sexist male coworkers; and an infuriating—yet distractingly handsome—intern, Nolan MacKenzie, aka “the guy who got hired because his uncle is the boss.”

Just when Melody thinks she’s made the worst career move of her life, her luck changes. While joking with a friend, she creates a mobile game that has male strippers fighting for survival in a post-apocalyptic world. Suddenly Melody’s “joke” is her studio’s most high-profile project—and Melody’s running the show.

When Nolan is assigned to Melody’s team, she’s sure he’ll be useless. But as they grow closer, she realizes he’s smart and sexy, which makes Melody want to forget he’s her intern. As their attraction deepens, she knows it’s time to pump the brakes, even with her Korean parents breathing down her neck to hurry up and find a man.

With her project about to launch, Melody suddenly faces a slew of complications, including a devastating trolling scandal. Could the man she’s falling hard for help her play the game to win—in work and in love?

“Loathe at First Sight bursts with humor, heart, and great energy. I loved it! Park is a hilarious new voice in women’s fiction.” —Helen Hoang, author of The Kiss Quotient

By Mikki Daughtry and Rachael Lippincott 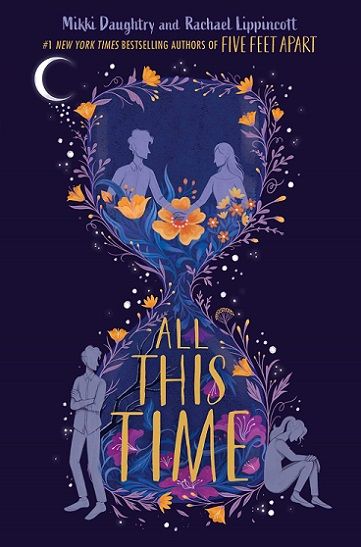 From the team behind #1 New York Times bestseller Five Feet Apart comes a gripping new romance that asks: Can you find true love after losing everything?

Kyle and Kimberly have been the perfect couple all through high school, but when Kimberly breaks up with him on the night of their graduation party, Kyle’s entire world upends—literally. Their car crashes and when he awakes, he has a brain injury. Kimberly is dead. And no one in his life could possibly understand.

Until Marley. Marley is suffering from her own loss, a loss she thinks was her fault. And when their paths cross, Kyle sees in her all the unspoken things he’s feeling.

As Kyle and Marley work to heal each other’s wounds, their feelings for each other grow stronger. But Kyle can’t shake the sense that he’s headed for another crashing moment that will blow up his life as soon as he’s started to put it back together.

"A modern-day fairy tale about two teenagers suffering from loss who find healing in one another." --Kirkus Reviews

Something to Talk About 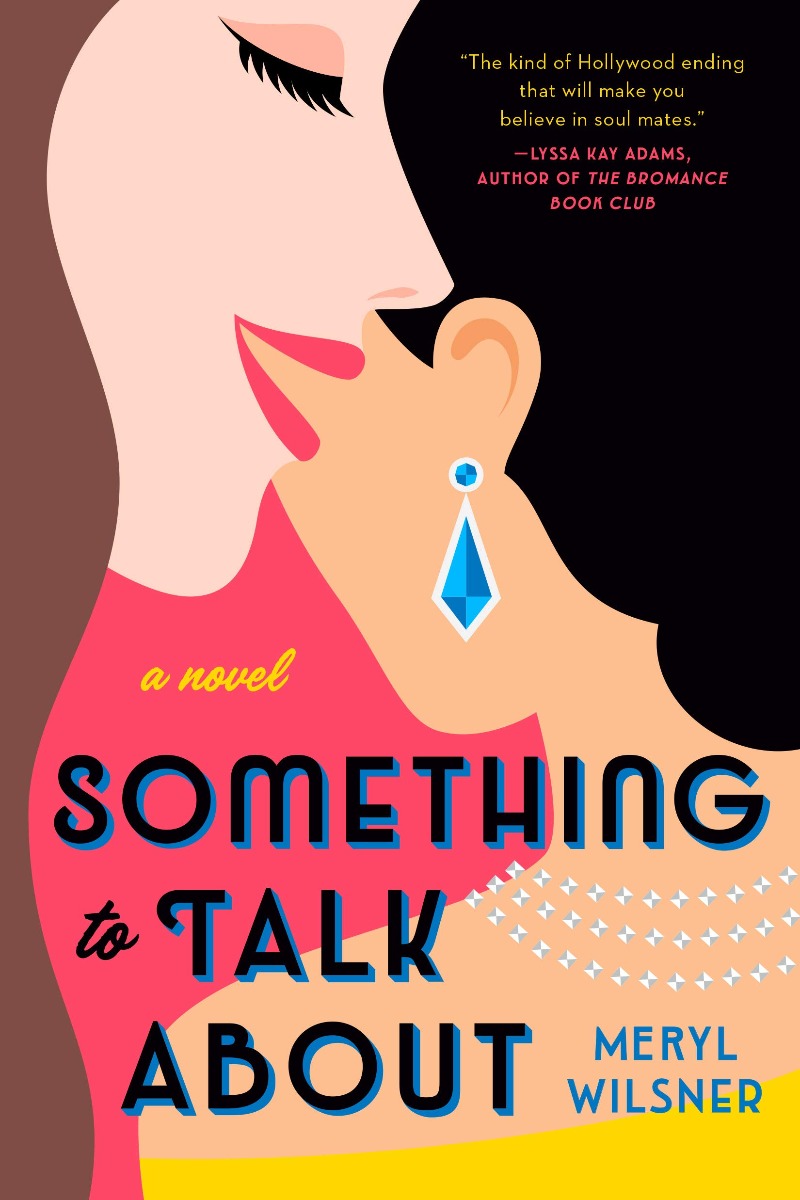 A showrunner and her assistant give the world something to talk about when they accidentally fuel a ridiculous rumor in this debut romance.

Hollywood powerhouse Jo is photographed making her assistant Emma laugh on the red carpet, and just like that, the tabloids declare them a couple. The so-called scandal couldn't come at a worse time—threatening Emma's promotion and Jo's new movie.

As the gossip spreads, it starts to affect all areas of their lives. Paparazzi are following them outside the office, coworkers are treating them differently, and a “source” is feeding information to the media. But their only comment is “no comment”.

With the launch of Jo’s film project fast approaching, the two women begin to spend even more time together, getting along famously. Emma seems to have a sixth sense for knowing what Jo needs. And Jo, known for being aloof and outwardly cold, opens up to Emma in a way neither of them expects. They begin to realize the rumor might not be so off base after all…but is acting on the spark between them worth fanning the gossip flames?

“Something to Talk About is a delicious slow-burn with the kind of Hollywood ending that will make you believe in soul mates. Emma and Jo’s story of overcoming obstacles to fight for true love will have you swooning and smiling long after you’ve finished the book.” —Lyssa Kay Adams, author of The Bromance Book Club

What love story do you love? Share them in the comments!

Find more love stories below, or browse our collection.