Homegrown Reads: The Filipino Identity at Home and Beyond

In light of Buwan ng Panitikang Pilipino and our Local Lit Fest, we thought to recommend to you guys a number of reads that honor the Filipino heritage. Whether you’re at home or abroad, we’re here to make sure that you celebrate your roots wherever you are. And a book in your hand can do just the trick. Check out our picks below. 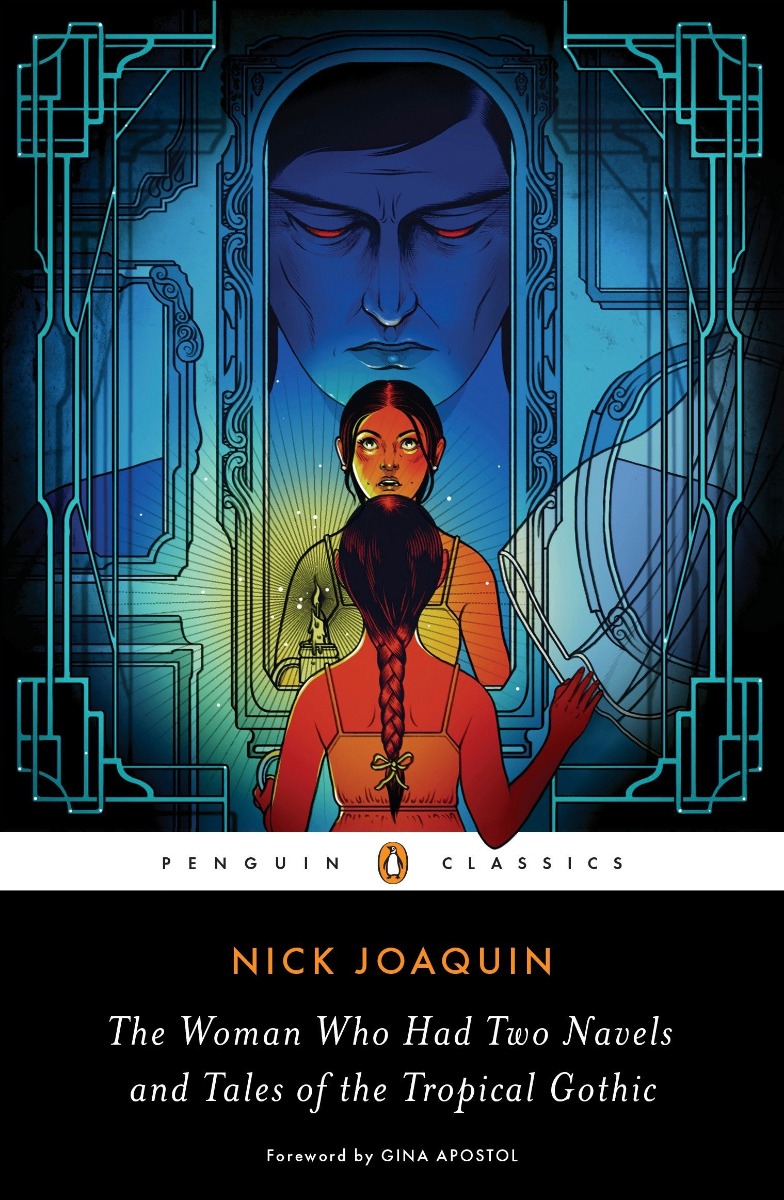 The Woman Who Had  and Tales of the Tropical Gothic

Nick Joaquin is widely considered one of the greatest Filipino writers, but he has remained little-known outside his home country despite writing in English. Set amid the ruins of Manila devastated by World War II, his stories are steeped in the post-colonial anguish and hopes of his era and resonate with the ironic perspectives on colonial history of Gabriel García Márquez and Mario Vargas Llosa. His work meditates on the questions and challenges of the Filipino individual’s new freedom after a long history of colonialism, exploring folklore, centuries-old Catholic rites, the Spanish colonial past, magical realism, and baroque splendor and excess. This collection features his best-known story, “The  Navels,” centered on Philippine emigrants living in Hong Kong and later expanded into a novel, the much-anthologized stories “May Day Eve” and “The Summer Solstice” and a canonic play, A Portrait of the Artist as Filipino. As Penguin Classics previously launched his countryman Jose Rizal to a wide audience, now Joaquin will find new readers with the first American collection of his work. 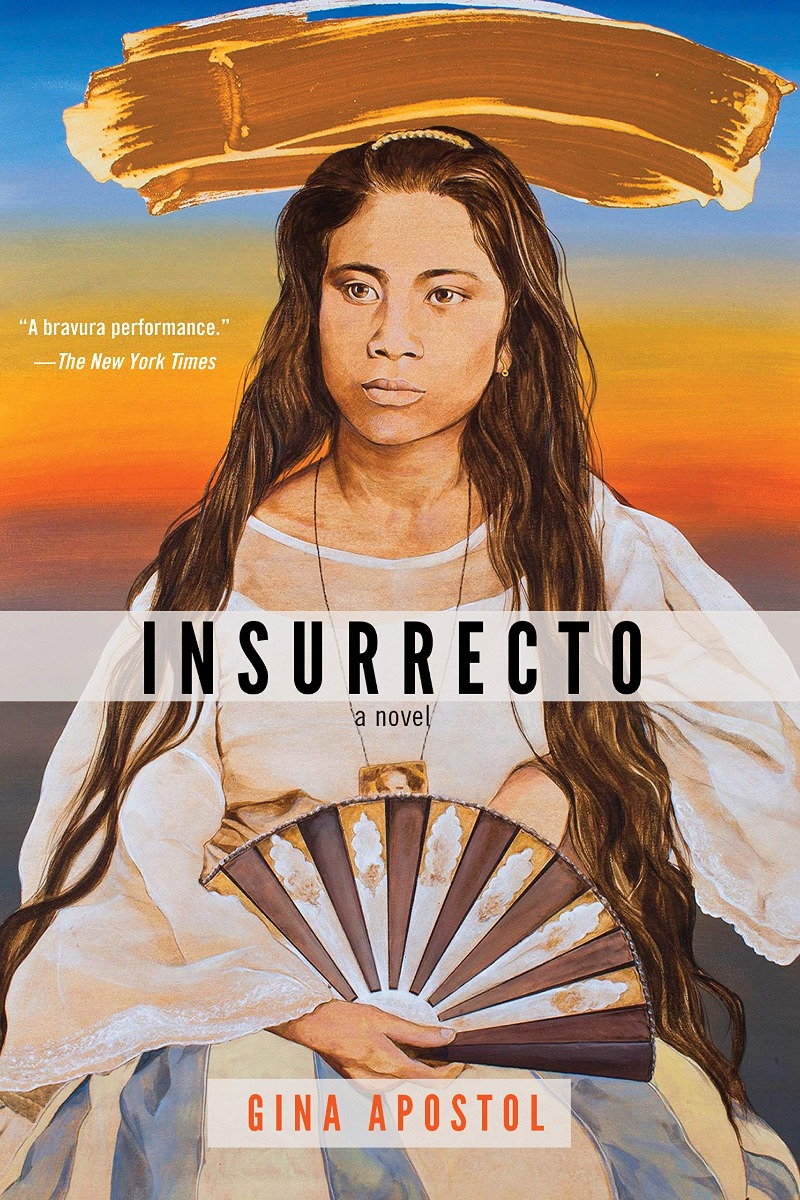 Two women, a Filipino translator and an American filmmaker, go on a road trip in Duterte’s Philippines, collaborating and clashing in the writing of a film script about a massacre during the Philippine-American War. Chiara is working on a film about an incident in Balangiga, Samar, in 1901, when Filipino revolutionaries attacked an American garrison, and in retaliation American soldiers created “a howling wilderness” of the surrounding countryside. Magsalin reads Chiara’s film script and writes her own version. Insurrecto contains within its dramatic action two rival scripts from the filmmaker and the translator—one about a white photographer, the other about a Filipino schoolteacher. Within the spiraling voices and narrative layers of Insurrecto are stories of women—artists, lovers, revolutionaries, daughters—finding their way to their own truths and histories. Using interlocking voices and a kaleidoscopic structure, the novel is startlingly innovative, meditative, and playful. Insurrecto masterfully questions and twists narrative in the manner of Italo Calvino’s If on a Winter’s Night a Traveler, Julio Cortázar’s Hopscotch, and Nabokov’s Pale Fire. Apostol pushes up against the limits of fiction in order to recover the atrocity in Balangiga, and in so doing, she shows us the dark heart of an untold and forgotten war that would shape the next century of Philippine and American history. 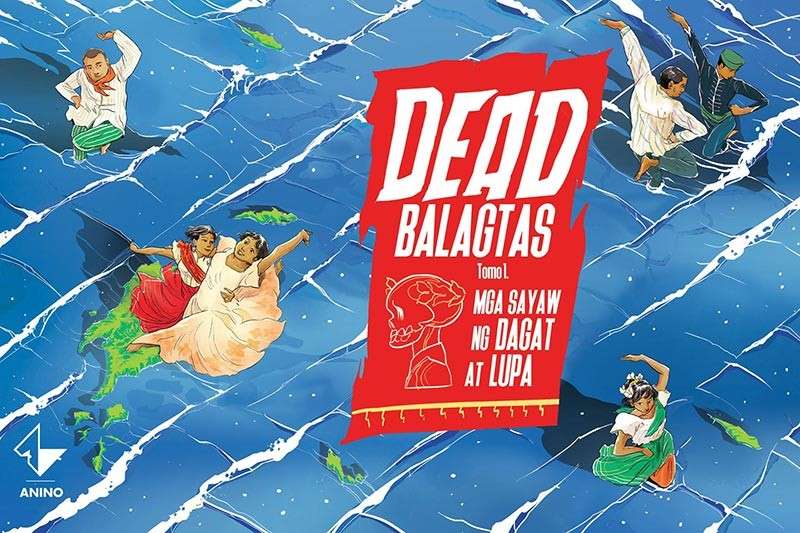 In this first volume, a wise babaylan tells the story of the birth of the universe from the passionate love between Tungkung Langit and Laon Sina. Witness the rise of the continents, the clash of oceans, and the romance of sea and earth—forces that shaped and continues to mold our home and nation, the Philippines. 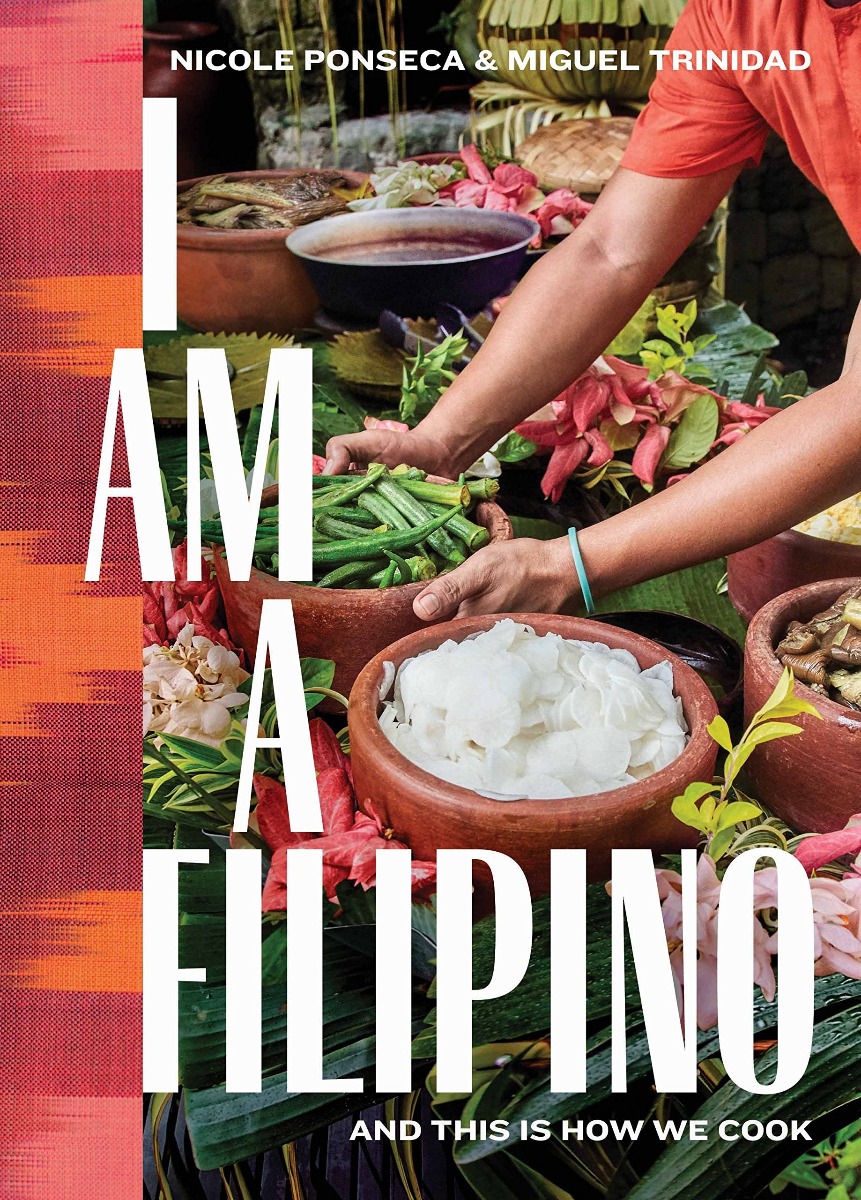 I Am a Filipino: And This Is How We Cook

Filipino food is having its moment. Sour, sweet, funky, fatty, bright, rich, tangy, bold—no wonder adventurous eaters consider Filipino food the next big thing (Vogue declares it “the next great American cuisine”). Filipinos are the second-largest Asian population in America, and finally, after enjoying Chinese, Japanese, Thai, and Vietnamese food, we’re ready to embrace Filipino food, too. Written by trailblazing restaurateurs Nicole Ponseca and Miguel Trinidad, I Am a Filipino is a cookbook of modern Filipino recipes that captures the unexpected and addictive flavors of this vibrant and diverse cuisine. The techniques (including braising, boiling, and grilling) are simple, the ingredients are readily available, and the results are extraordinary. There are puckeringly sour adobos with meat so tender you can cut it with a spoon, along with other national dishes like kare-kare(oxtail stew) and kinilaw (fresh seafood dressed in coconut milk and ginger). There are Chinese-influenced pansit (noodle dishes) and lumpia (spring rolls); Arab-inflected cuisine, with its layered spicy curries; and dishes that reflect the tastes and ingredients of the Spaniards, Mexicans, and Americans who came to the Philippines and stayed. Included are beloved fried street snacks like ukoy (fritters), and an array of sweets and treats called meryenda. Filled with suitably bold and bright photographs, I Am a Filipino is like a classic kamayan dinner—one long, festive table piled high with food. Just dig in! 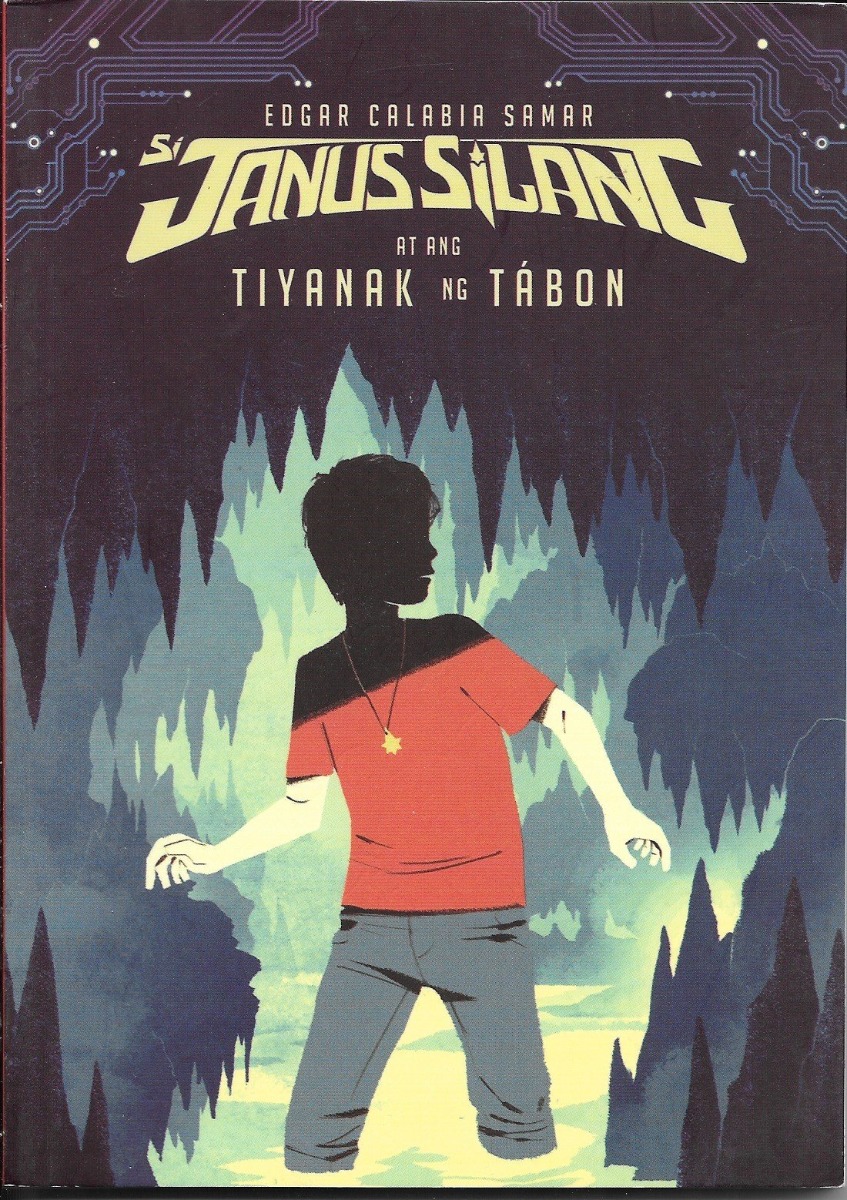 In a TALA Online tournament in the town of Balanga, all the players fell dead, save for Janus. Soon after that, teen after teen suffered deaths in computer shops around the country. Janus was contacted by someone who calls himself Joey, apparently another survivor of TALA like him. Janus did not expect the truths he would discover, weaving him into the mystery of the RPG that enthralled him—and into the legend of the Tiyanak from Tábon! 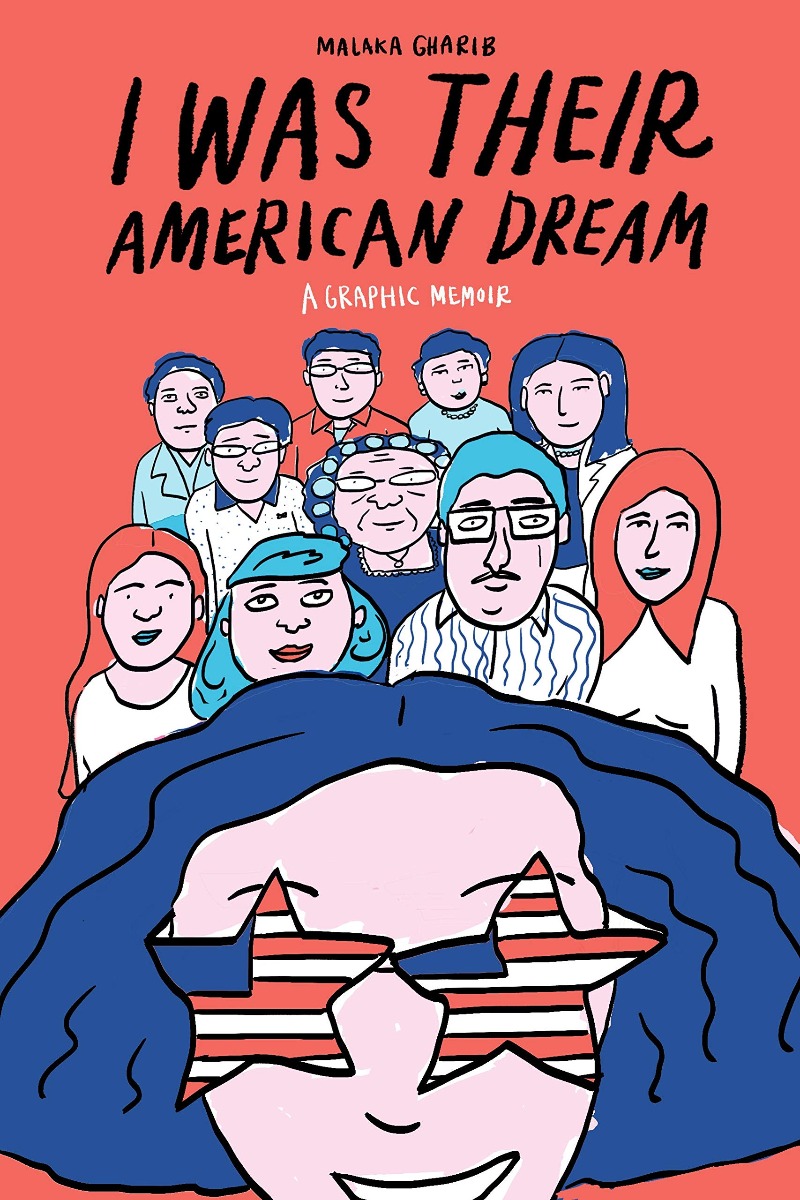 I Was Their American Dream

I Was Their American Dream is at once a coming-of-age story and a reminder of the thousands of immigrants who come to America in search for a better life for themselves and their children. The daughter of parents with unfulfilled dreams themselves, Malaka navigated her childhood chasing her parents' ideals, learning to code-switch between her family's Filipino and Egyptian customs, adapting to white culture to fit in, crushing on skater boys, and trying to understand the tension between holding onto cultural values and trying to be an all-American kid. Malaka Gharib's triumphant graphic memoir brings to life her teenage antics and illuminates earnest questions about identity and culture, while providing thoughtful insight into the lives of modern immigrants and the generation of millennial children they raised. Malaka's story is a heartfelt tribute to the American immigrants who have invested their future in the promise of the American dream. 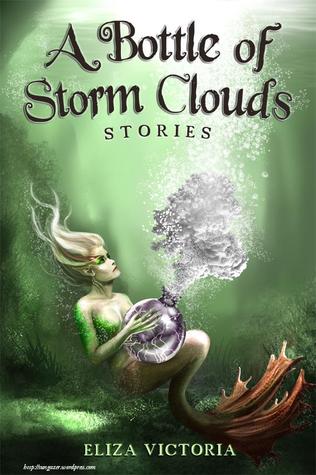 A Bottle of Storm Clouds: Stories

Award-winning author Eliza Victoria mixes magic with the mundane in this special concoction of 16 short stories. A girl meets a young man with the legs of a chicken. A boy is employed by a goddess running a pawnshop. A group of teenagers are trapped in an enchanted forest for 900 days. A man finds himself in an MRT station beyond Taft, a station that was not supposed to exist. A student claims to have seen the last few digits of pi. Someone’s sister gets abducted by mermaids. 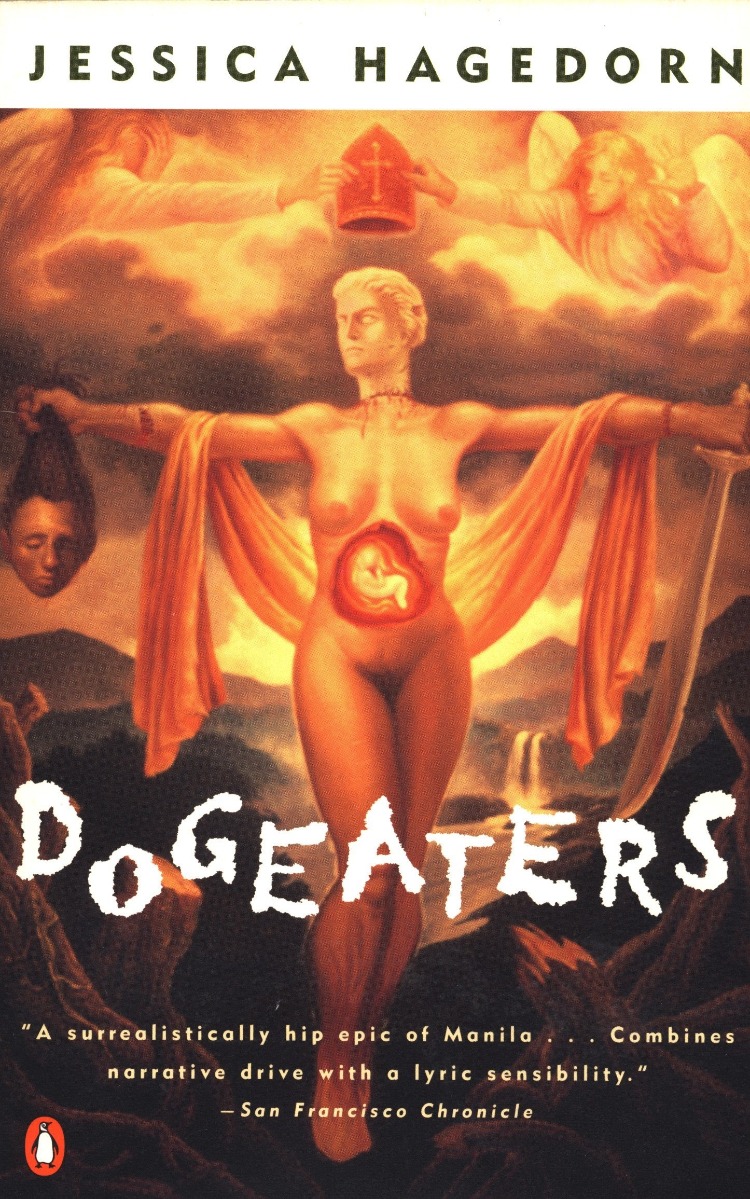 Welcome to Manila in the turbulent period of the Philippines’ late dictator. It is a world in which American pop culture and local Filipino tradition mix flamboyantly, and gossip, storytelling, and extravagant behavior thrive.  A wildly disparate group of characters—from movie stars to waiters, from a young junkie to the richest man in the Philippines—becomes caught up in a spiral of events culminating in a beauty pageant, a film festival, and an assassination. In the center of this maelstrom is Rio, a feisty schoolgirl who will grow up to live in America and look back with longing on the land of her youth. 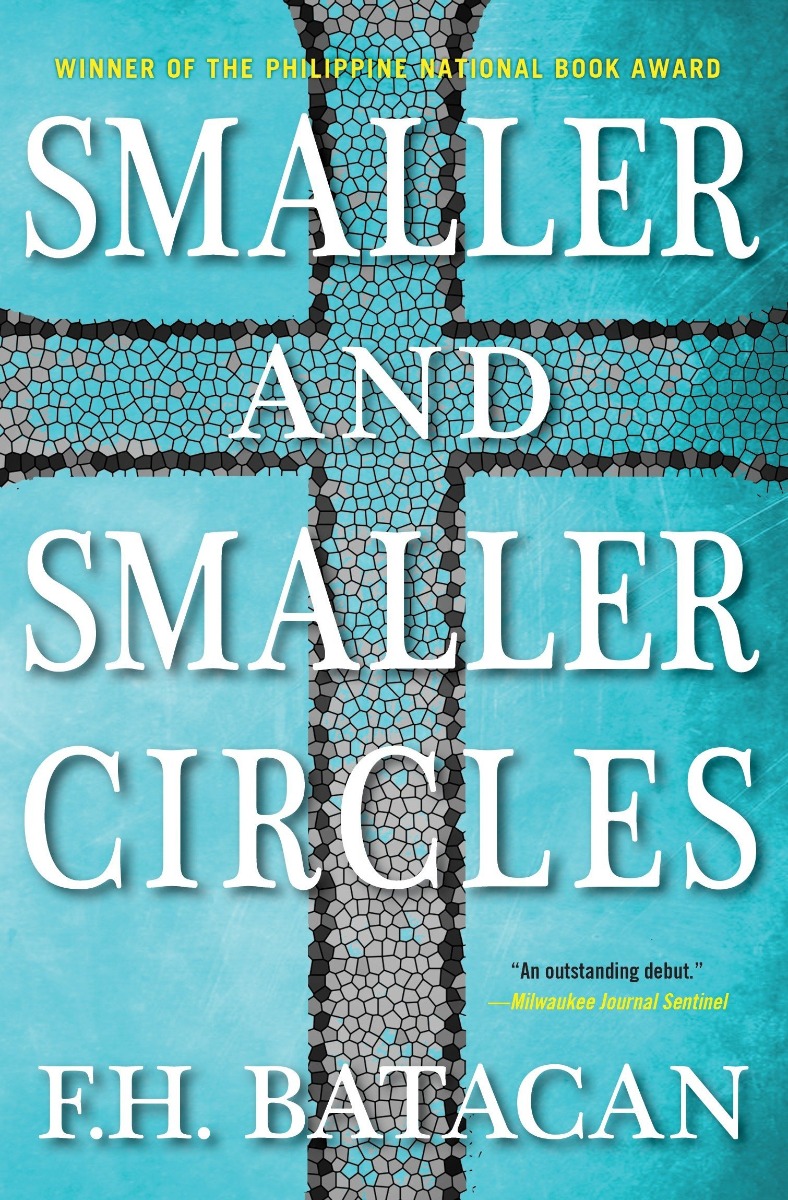 Payatas, a 50-acre dump northeast of Manila’s Quezon City, is home to thousands of people who live off of what they can scavenge there. It is one of the poorest neighborhoods in a city whose law enforcement is already stretched thin, devoid of forensic resources and rife with corruption. So when the eviscerated bodies of preteen boys begin to appear in the dump heaps, there is no one to seek justice on their behalf. In the rainy summer of 1997, two Jesuit priests take the matter of protecting their flock into their own hands. Father Gus Saenz is a respected forensic anthropologist, one of the few in the Philippines, and has been tapped by the Director of the National Bureau of Investigations as a backup for police efforts. Together with his protégé, Father Jerome Lucero, a psychologist, Saenz dedicates himself to tracking down the monster preying on these impoverished boys. 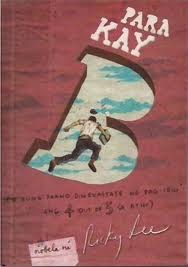 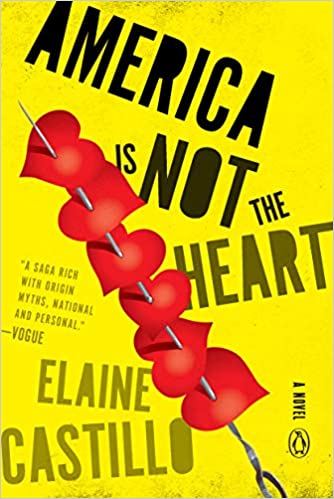 America Is Not the Heart

When Hero De Vera arrives in America--haunted by the political upheaval in the Philippines and disowned by her parents--she's already on her third. Her uncle gives her a fresh start in the Bay Area, and he doesn't ask about her past. His younger wife knows enough about the might and secrecy of the De Vera family to keep her head down. But their daughter--the first American-born daughter in the family--can't resist asking Hero about her damaged hands. An increasingly relevant story told with startling lucidity, humor, and an uncanny ear for the intimacies and shorthand of family ritual, America Is Not the Heart is a sprawling, soulful debut about three generations of women in one family struggling to balance the promise of the American dream and the unshakeable grip of history. With exuberance, grit, and sly tenderness, here is a family saga; an origin story; a romance; a narrative of two nations and the people who leave one home to grasp at another. 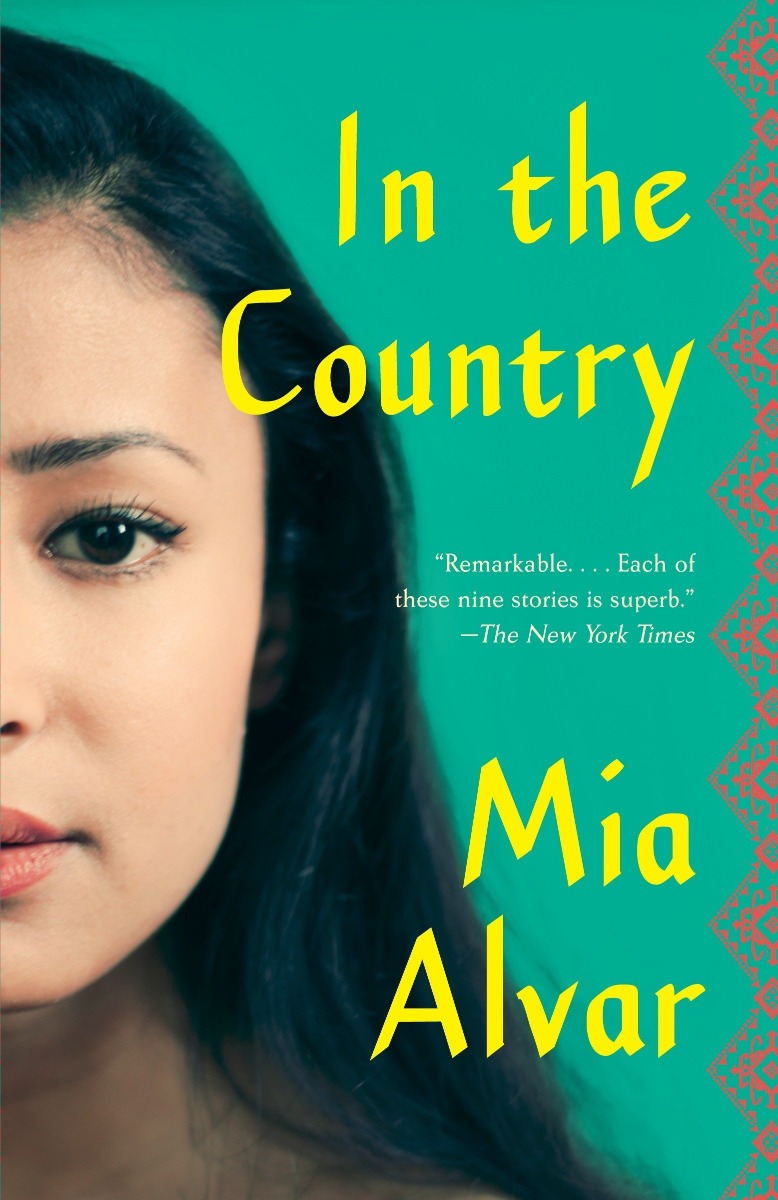 In these nine globe-trotting tales, Mia Alvar gives voice to the women and men of the Philippines and its diaspora. From teachers to housemaids, from mothers to sons, Alvar’s stories explore the universal experiences of loss, displacement, and the longing to connect across borders both real and imagined. In the Country speaks to the heart of everyone who has ever searched for a place to call home—and marks the arrival of a formidable new voice in literature. 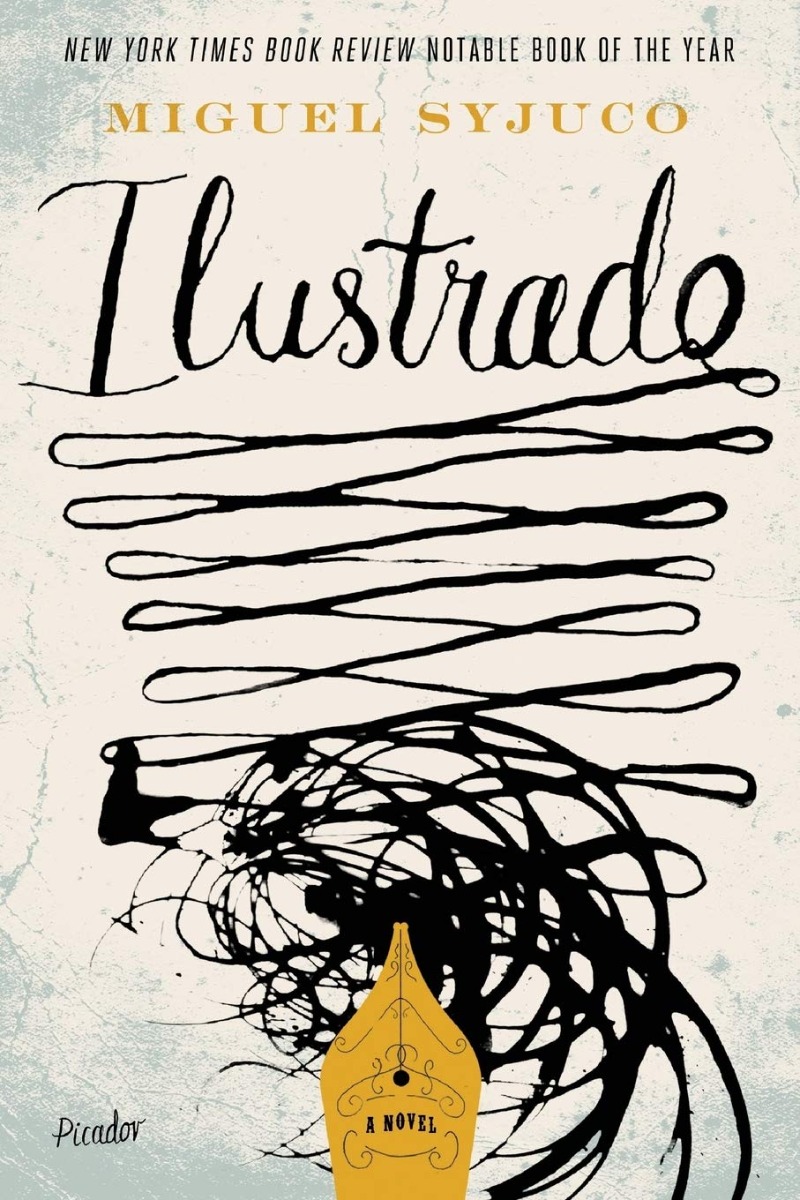 It begins with a body. On a clear day in winter, the battered corpse of Crispin Salvador is pulled from the Hudson River. Gone, too, is the only manuscript of his final book, a work meant to rescue him from obscurity by exposing the crimes of the Filipino ruling families. Miguel, his student and only remaining friend, sets out for Manila to investigate. The result is a rich and dramatic family saga of four generations, tracing one hundred and fifty years of Philippine history forged under the Spanish, the Americans, and the Filipinos themselves. Exuberant and wise, wildly funny and deeply moving, Ilustrado is a daring and inventive debut novel that "begins as a murder mystery and develops into an ambitious exploration of cultural identity, ambition, and artistic purpose." (The New Yorker). 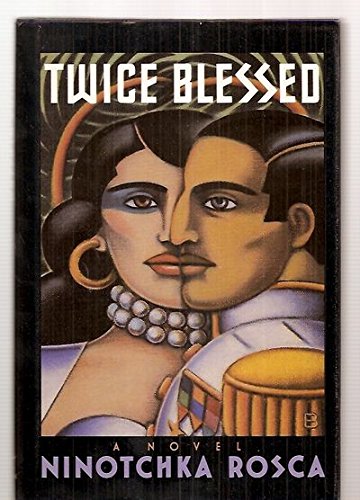 The story of the Basbas fraternal twins as they burrow into the integument of power in Philippine politics, their rise accompanied by catastrophes, big and small, to the people around them and to the nation they aspire to dominate. A brilliant roman a clef, fast but lyrical, conferring a mythic dimension on even the banal and the putrid, as only the wondrous prose of Ninotchka Rosca can. Like most of her works, Twice Blessed is a narrative palimpsest, with an older timeless way of life glimmering through the words and events of the Basbas twins’ contemporary tale. 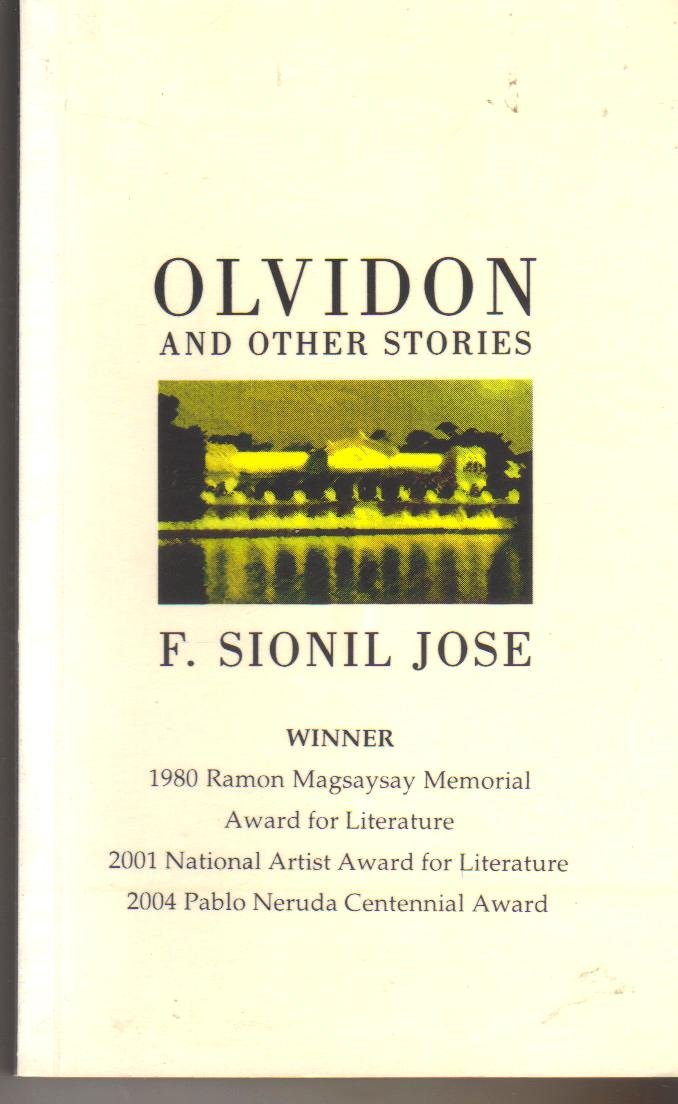 In this collection of short fiction, F. Sionil Jose—the Philippines’ most widely translated author—takes his readers into that intriguing and fascinating landscape of the Filipino condition. The title story is a graphic allegorical rendering of the disease which has long afflicted the upper reaches of Filipino society. Then with the deft strokes of a master story teller, the author takes his readers into the far reaches and the inner depths of the Filipino experience.