BTS-recommended books every Army should read

You know the lyrics to the songs by heart and groove to the dance moves like there’s no tomorrow, but are you familiar with the BTS members’ favorite reads?

Go on, read through, and pick out your next great read recommended by the world’s biggest band today. 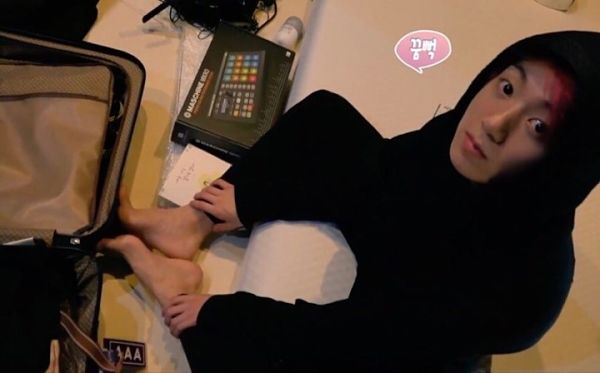 1. I Decided to Live As Me by Soo-Hyun Kim

BTS’s maknae, Jeon Jungkook, was seen with the book during their trip to Malta for Bon Voyage Season 3 in July 2018. This light read has cute illustrations and talks about being your true self, accepting yourself for who you are instead of looking at other people’s lives, trying to be understood by everyone.

Catch Ma. Kristina Carla Rico and Kyung Min Bae, the translators of the best-selling book I Decided to Live As Me, as they talk about the Art of Translation on Fully Booked Chats this coming June 28 at 6pm. 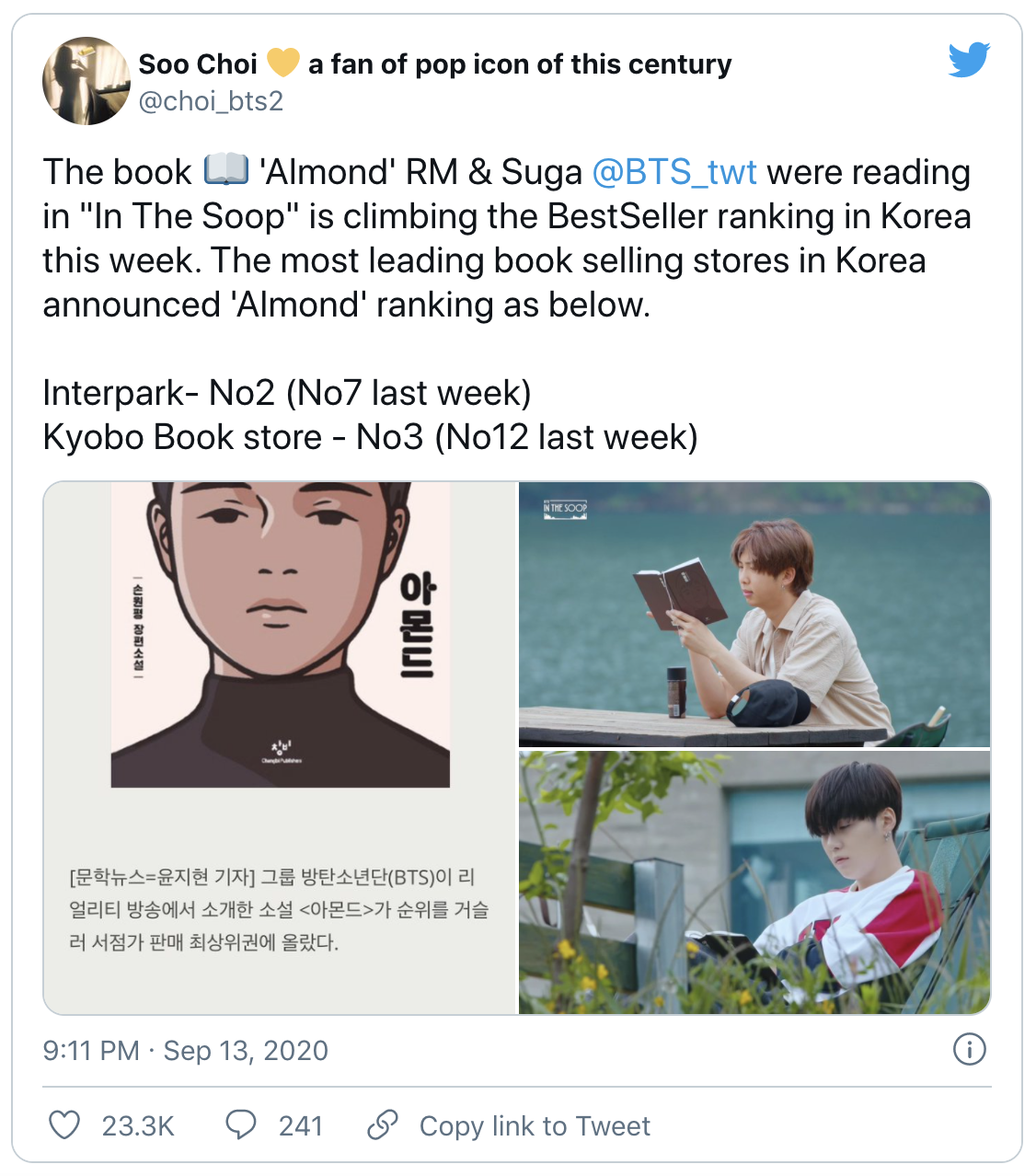 The debut fiction novel of Won-Pyung Sohn captured the hearts of many bookworms, including the BTS leader Namjoon & Suga. Almond follows the story of Yunjae, who was born with Alexithymia: a brain condition which makes it hard for him to feel emotions like fear or anger.

On Christmas Eve—Yunjae’s sixteenth birthday—everything changes. A shocking act of random violence shatters his world, leaving him alone and on his own. Struggling to cope with his loss, Yunjae retreats into silent isolation, until troubled teenager Gon arrives at his school, and they develop a surprising bond.

As Yunjae begins to open his life to new people—including a girl at school—something slowly changes inside him. And when Gon suddenly finds his life at risk, Yunjae will have the chance to step outside of every comfort zone he has created to perhaps become the hero he never thought he would be. 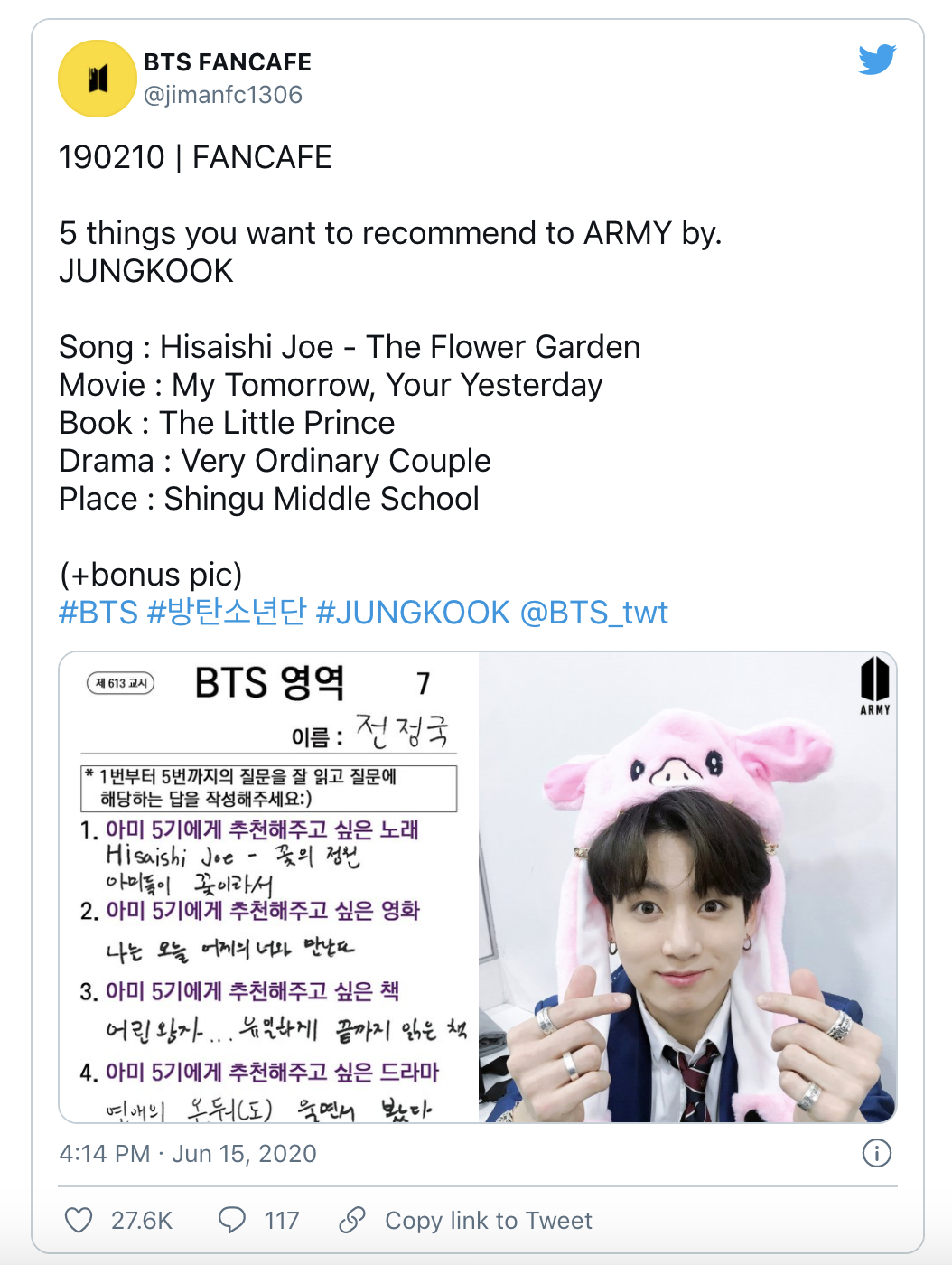 READ MORE: K-Idol Recommended Books to Get You Out of That Reading Slump

Another book reco by the youngest member of the band, Jungkook said The Little Prince is the only book that he can read until the end in the BTS FanCafe.

Interestingly, BTS member Jin referenced The Little Prince during his solo performance of “Moon” at the recently held Map Of The Soul ON;E concert.

The Little Prince is a book about a young prince who visits various planets in space, including Earth. The book, which also includes lovely illustrations, addresses themes of friendship, love, loneliness, and loss.

It is also believed that Jimin’s solo, Serendipity, is inspired by this 1943 French novella. 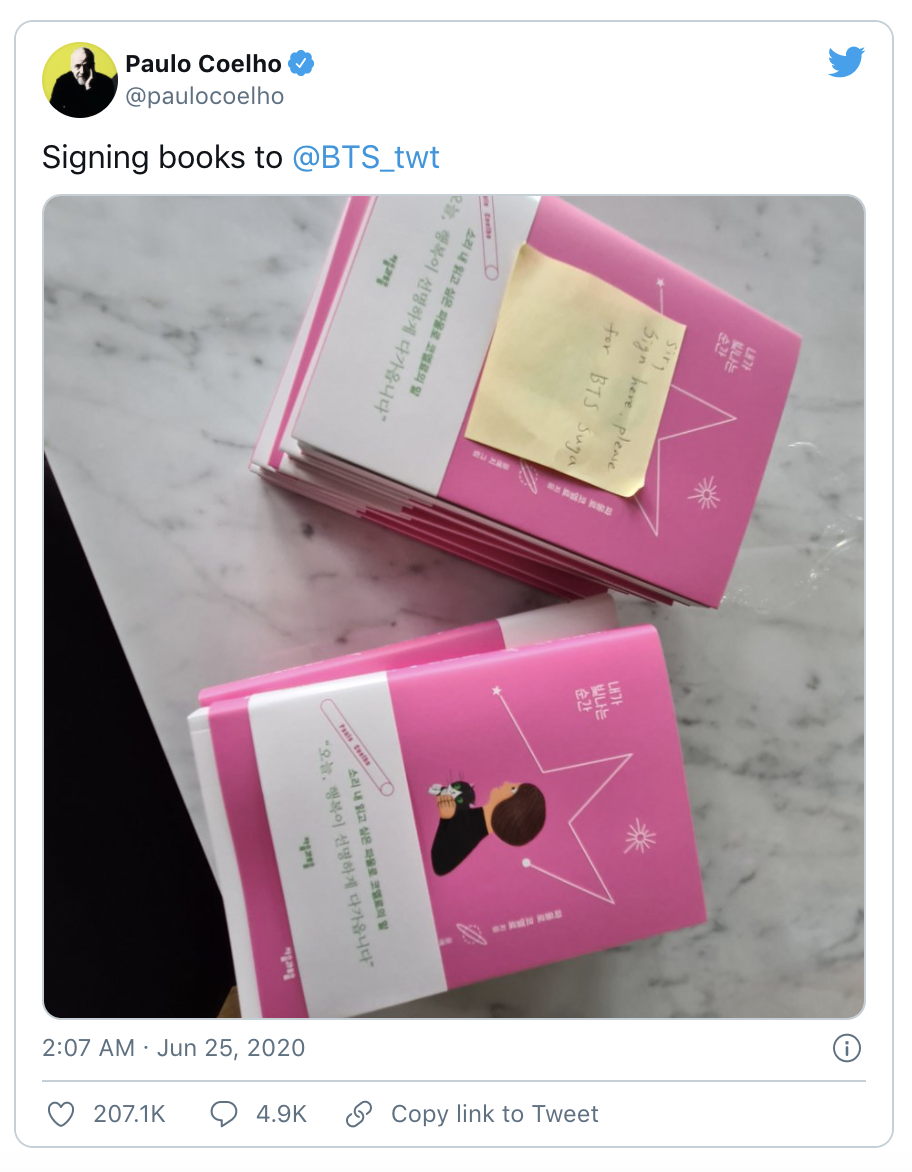 4. The Alchemist by Paulo Coelho

The 28-year-old Suga recommended one of the most-loved novels today on the BTS Official Fanclub 5th ARMY Kit. According to reports, The Alchemist by Paulo Coelho is suggested to be Suga’s favorite book.

Just last year, Paulo Coelho took to his official Twitter account to share that he has signed copies of The Alchemist to give to members of BTS.

The Alchemist is a book about soul-searching and finding one’s true happiness. With over 150 million copies sold, The Alchemist inspires readers to pursue their dreams no matter how hard things get.

All members of BTS have read this book. In an interview with Soompi, Rap Monster revealed: “We felt that there were a lot of similarities between parts of ‘Demian’ and the things we wanted to say. So we used a lot of objects and elements from ‘Demian’ in our jacket photos and music video.”

BTS’s 2016 album, WINGS, is heavily influenced by Demian. The Bangtan Boys leader, RM, was also seen reading the book backstage during a music video shoot back in 2015.

Published in 1919, Demian tells the dramatic story of young, docile Emil Sinclair’s descent—led by precocious schoolmate Max Demian—into a secret and dangerous world of petty crime and revolt against convention and eventual awakening to selfhood.

This classic novel talks about spirituality and explores our personal conflicts in relation to the environment around us.

Get more titles on www.fullybookedonline.com. Free shipping applies to orders Php 799 and above.