In early 1900s New England, two students at the Brookhants School for Girls die in a grisly accident involving a chase, a thicket, a swarm of yellow jackets, and a cursed book called The Story of Mary MacLane—and start a chain reaction of eerie, unexpected deaths on the grounds that only ends when the boarding school is closed for good five years later.

But when a controversial new horror movie about the school goes into production over a hundred years later, the three young stars of the movie—lesbian superstar Harper Harper, wunderkind novelist Merritt Emmons, and unknown actress Audrey Wells—find that they are being followed by coincidences, tension, and fear every step of the way... and maybe even the curse.

Many worlds, many women—and many secrets

The setting of Plain Bad Heroines alternates between lush yet desolate Brookhants in 1902 and present-day America. And while the eras could not be any more different, each is described in sumptuous, immersive detail, taking you from period Rhode Island to Hollywood and back again.

And there’s a little something for everyone in the novel’s sprawling cast. In the present, we meet charismatic Harper, whose meteoric rise to fame has put her, and her Instagram, in the spotlight; whip-smart, prickly Merritt, who wrote the novel on which the screenplay is based and is deeply protective of it; and Audrey, a young woman known more for her former-actress mother’s cult classic B-movie horror flick than her own filmography—and who is ready to back out of the film until she is told that she has a special role to play.

Meanwhile, in the past, unraveling the mystery behind the Brookhants students’ macabre deaths and the book present at each scene, are Libbie Brookhants, the school’s beautiful, widowed young founder and principal, and her lover, fellow teacher Alex Trills, both of whom have secrets of their own—from the school and from each other. And even deeper in the past are more women, more men, and more secrets: stories within stories within stories.

With its premise, one might expect Plain Bad Heroines to be a straightforward gothic tale—and there are more than enough thrills and chills to go around. But if anything, it is a horror-comedy with one unmissable part: a shrewd, sarcastic narrator who speaks confidentially yet irreverently about the things she (and I presume she is a she!) witnesses.

This narrator doesn’t simply tell the story with a sprinkling of dread, like A Series of Unfortunate Events’ Lemony Snicket; on the contrary, she insinuates, overshares, and sometimes takes liberties while sharing what she does, which may not be everyone’s cup of tea. But she makes the novel interesting—at turns dark and foreboding, other times biting and humorous, but always irrepressibly queer. (And as she would say: Everyone in this book is queer, Reader. Everyone who counts, anyway.)

And Danforth’s sophomore novel is what one might call gloriously queer. Sapphic desire, romance, and longing—and everything that comes along with them—are entwined in every fiber of the novel, from the doomed love affair between Brookhants students Clara and Flo (played by Audrey and Harper, respectively), to the long-established relationship between Libbie and Alex, to Harper, Merritt, and Audrey navigating thorny power dynamics, budding romance, and jealousy amidst a shoot rife with happenings and hauntings.

As a horror novel, Plain Bad Heroines doesn’t shy away from complicated, messy characters and relationships, queer or otherwise. However, it is a book in which sapphic desire is portrayed as something integral to the self, even if the world fears it—and for that, I appreciate it.

At over 640 pages, Plain Bad Heroines is a hefty read, and takes many twists and turns into unexpected themes, dipping into Hollywood intrigues, the good and the bad of the horror genre, and ethical dilemmas about privacy. In unraveling the mystery of Brookhants, it even raises the erasure of women from their own narratives, as well as the entitlement of men across generations.

All of these themes, of course, mean that the book is not an easy one to devour, nor its characters easy to pin down—and the end of the novel, particularly the story of Harper, Merritt, and Audrey, comes as a surprise… and feels like another mystery left unsolved.

With its distinctive voice, captivating settings, wide variety of characters, and beautiful ink illustrations by Sara Lautman, Plain Bad Heroines is a gripping read that had me turning page after page long after the sun had gone down. And while it isn’t perfect, it is the perfect companion for the spooky season, and for any other time you’d like a little queer horror, with wit and bite, in your life.

Katya has had a torrid romance with fiction for over two decades, and sneaks out in the middle of the day for clandestine rendezvous in cafés. She works in advertising and hhass four poodles. You can find her on Instagram @katerinarara.

[Thoughts and views expressed in this article are those of the authors and do not necessarily reflect the views of Fully Booked. Then again, we love our authors anyway.] 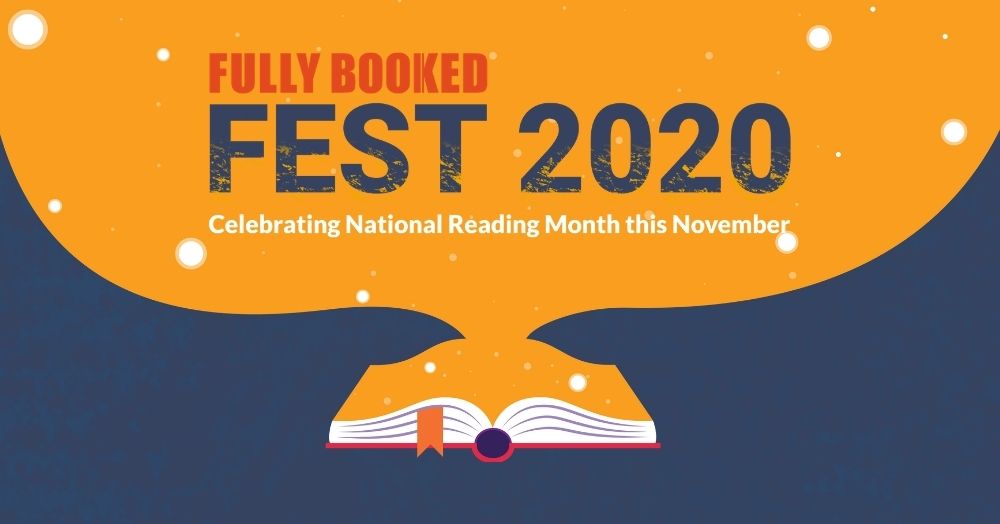