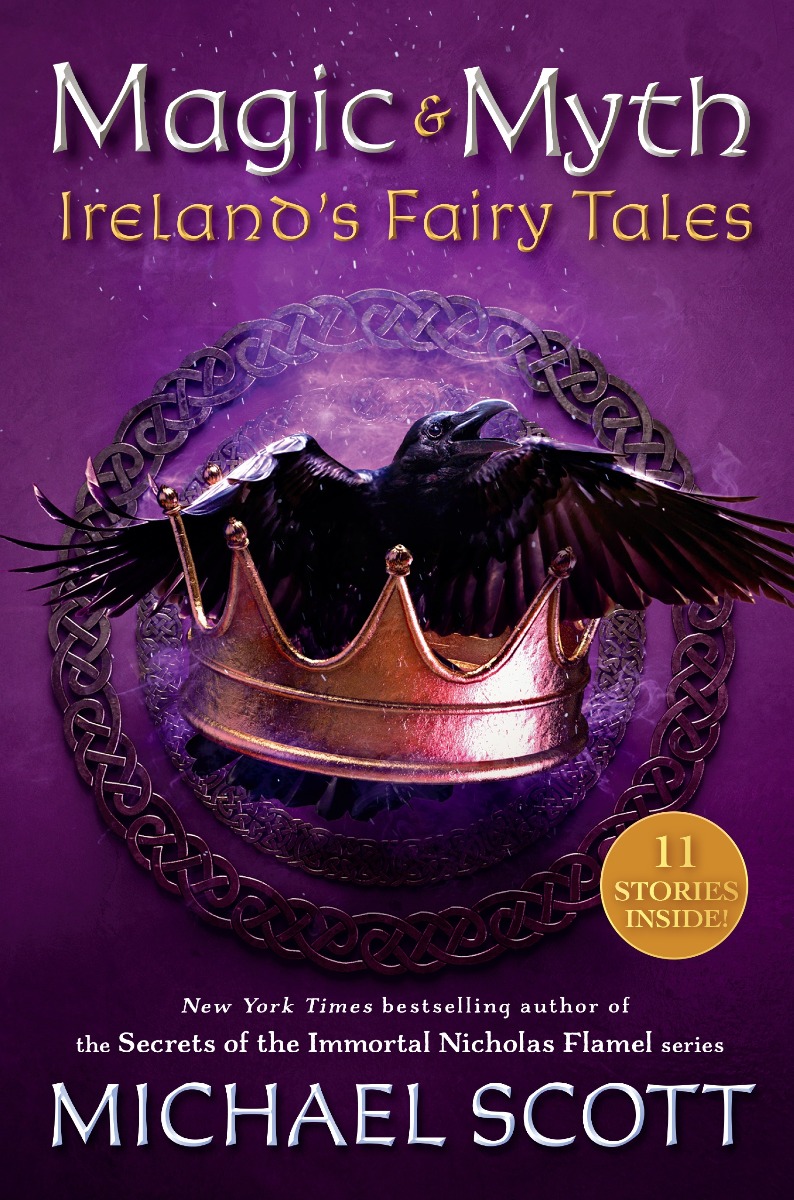 Brona nodded. “Fairies. That must be their king and queen.”
“But what are they doing here?” Paul asked.
His sister shrugged. “I don’t know. It must be one of their gatherings, when all the fairy-­folk come together to sing and dance through the night. You know,” Brona continued, “you often see the rings of pale grass in the mornings, or circles of mushrooms that have sprung up overnight.”
Paul nodded. “I’ve seen them.”
Brona grinned excitedly. “That’s where they have danced.”
The fairy-­king and fairy-­queen rode slowly past the bushes that hid the boy and girl. Brona thought she saw the lady glance down as she passed and smile at their hiding place. The two leprechauns hurried forward and once again held back the bushes to allow the royals to ride into the wide glowing circle.
Paul and Brona caught a glimpse of the gathering before the leprechauns stepped through and the bushes dropped back into place. In that instant, they saw a huge party of creatures and beings: there were not only leprechauns, but cluricauns, fir dearg, fir bolg, and tall, wild-­haired women with sorrowful eyes that they guessed must be the dreaded banshee. There were animals, too: huge dogs, long-­horned cows, bright-­eyed hares and rabbits, and a wild-­maned, savage-­looking creature that they knew must be the terrible Phooka, the demon-­horse.
When the bushes closed on the scene, the music began once again—­a thin, high, delicate sound. Other musical instruments joined in and soon the tiny forest was alive with sound.
Paul tugged on his sister’s arm. “Come on, let’s go.”
She pulled away. “Not yet. Let’s get closer.”
Paul shook his head. “Don’t be silly. We’re lucky they didn’t spot us when they rode past. What do you think would happen if they caught us here?”


Excerpted from Magic and Myth by Michael Scott. Copyright © 2021 by Michael Scott. All rights reserved. No part of this excerpt may be reproduced or reprinted without permission in writing from the publisher.

Magic and Myth: Ireland's Fairy Tales by Michael Scott will be on our shelves soon. You may pre-order below. Stay tuned on our social media channels for when it's published!