In a tranquil neighborhood of Tokyo seven students are avoiding going to school – hiding in their darkened bedrooms, unable to face their family and friends – until the moment they find the mirrors in their bedrooms are shining.

At a single touch, they are pulled from their lonely lives into to a wondrous castle straight out of a Grimm’s fairy tale. This whimsical place, oddly lacking in food and running water but full of electrical sockets, is home to a petulant girl in a mask, named Wolf Queen and becomes their playground and refuge during school hours. Hidden within the walls they’re told is a key that will grant one wish, and a set of clues with which to find it. But there's a catch: the key must be found by the end of the school year and they must leave the premises by five o'clock each day or else suffer a fatal end.

As time passes, a devastating truth emerges: only those brave enough to share their stories will be saved. And so they begin to unlock each other's stories: how a boy is showered with more gadgets than love; how another suffers a painful and unexplained rejection and how a girl lives in fear of her predatory stepfather. As they struggle to abide by the rules of the game, a moving story unfolds, of seven characters trapped in a cycle of misunderstanding and loneliness, who are ultimately set free by the power of friendship, empathy, and sacrifice.

Exploring vivid human stories with a twisty and puzzle-like plot, this heart-warming novel is full of joy and hope for anyone touched by sadness and vulnerability. At the heart of this tender, playful tale is a powerful message about the importance of reaching out which shows how with one kind act you can change your life for the better, and more importantly, you can change the lives of others. 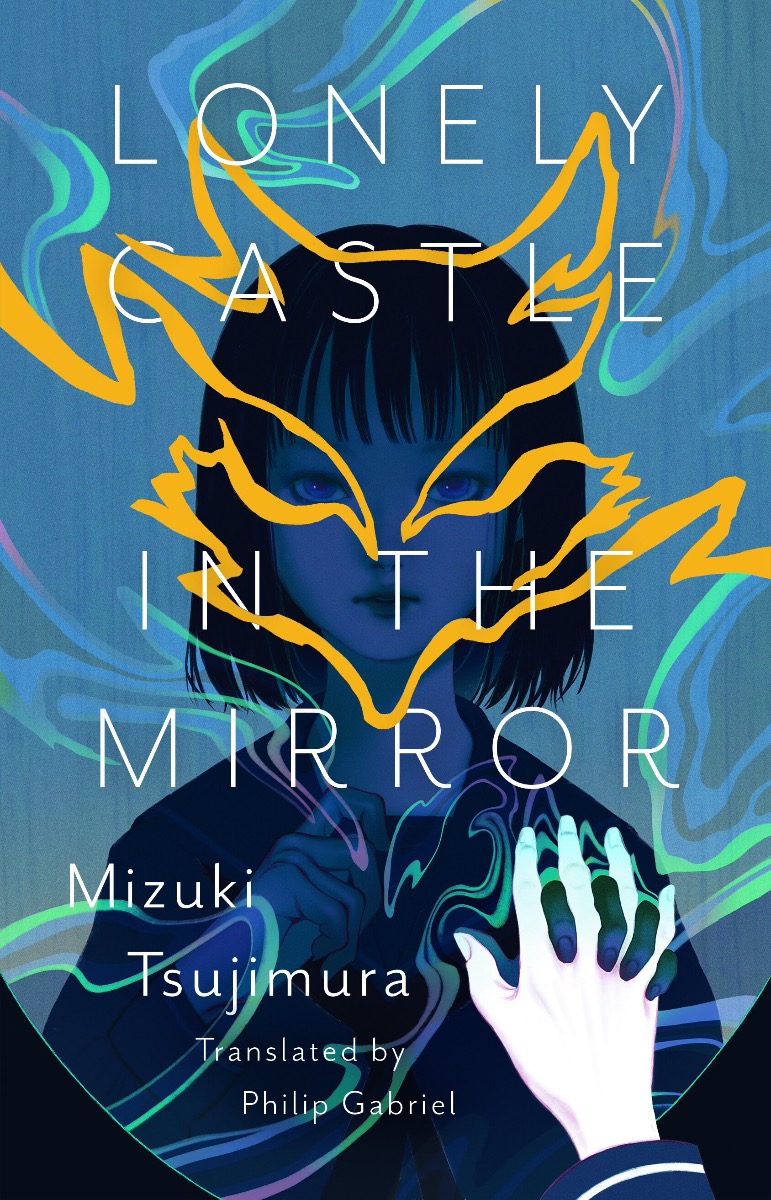 There was a full-length mirror in Kokoro’s room.

She had got her parents to put it up as soon as she had chosen her room—an oval-shaped mirror with a pink stone frame. When she looked at herself in it now, she looked sickly, and she felt like crying. She couldn’t stand to look at it anymore.

She quietly lifted a corner of the curtain to make sure that Tojo-san had left, then collapsed in slow motion back on her bed. With the sound down, the glow from the TV struck her as over- poweringly bright.

She thought about how, now that she’d stopped going to school, her father had taken away her video game console.

“If she doesn’t go to school but still has video games, she’ll never do any studying,” he’d said to her mother. It looked like the next step was to take away her TV as well, but her mother had cut him short.

“Let’s just wait and see,” was her verdict.

At that moment, Kokoro had hated him, but now she wasn’t so sure. She had the feeling he might be right—that if she did have video games to hand, that would be all she did all day. She certainly wasn’t doing any studying at this point.

Keeping up with schoolwork in this new school—junior high —wasn’t going to be easy. She felt lost, not knowing what to do.

The glow in her room was becoming really bright.

She casually raised her head from her pillow, thinking she should switch off the TV, and gasped.

The TV was not on. She must have turned it off without realizing. The light was coming from the full-length mirror near the door. “What the—?”

She got off her bed and walked over to it without really thinking. Light seemed to be radiating from inside the mirror; it had become so blinding she could barely look.

She reached out a hand to touch it.

She realized a beat later that it might be hot, but the surface was still cool to the touch. With a flat palm, she pushed a little harder.

“Oh my god!” she screamed to herself.

Her palm was being sucked right into the mirror. The surface was soft, as if she were pushing against water. She was being dragged to the other side of the mirror.

In an instant, her body had been swallowed up into the light and was moving through a tunnel of chilled air. She tried calling her mother, but no voice emerged.

She was being dragged somewhere far away. Up or straight ahead, she couldn’t tell.

The first sensation was of a cold floor beneath her cheek.

She had a splitting headache, and her mouth and throat were parched. Kokoro heard the voice again, but couldn’t lift her head. “Come on, wake up.”

A girl’s voice, a girl from the lower grades of elementary school by the sound of it.

Kokoro didn’t know anyone that age. She shook her head, blinked, and sat up. She turned to look in the direction of the voice and gasped.

A weird-looking child was standing there, hand on hip.

“Are you awake now? Kokoro Anzai-chan?”

She was looking at the face of—a wolf.

The girl was wearing the sort of wolf mask usually found at temple festivals. She was wearing an outfit that clashed with the wolf mask—a pink, lace-trimmed dress, the kind a girl would wear to her own piano recital, or to a wedding. She was like a live version of a Rika-chan doll.

The shining emerald floor reminded her of something from The Wizard of Oz.

She felt perhaps she was in an anime, or in a stage play. Then she noticed a dark shape looming over her. She looked up and took a huge, deep breath. Her hand flew to her mouth.

She seemed to be in some sort of castle. A castle from a Western fairy tale, with a magnificent gate.

“Congratulaaations!” a voice sang. Behind the mask, Kokoro couldn’t read the little girl’s expression, or see her lips move.

“Kokoro Anzai-san, you have the honor of being a guest in this castle!” She spread her arms out wide and spun around.

Lonely Castle in the Mirror by Mizuki Tsujimura is coming to our shelves soon. You may pre-order below and stay tuned on our social media handles for when it's released!