“Come home.” Vera’s mother called and Vera obeyed. In spite of their long estrangement, in spite of the memories — she's come back to the home of a serial killer. Back to face the love she had for her father and the bodies he buried there, beneath the house he'd built for his family.

Coming home is hard enough for Vera, and to make things worse, she and her mother aren’t alone. A parasitic artist has moved into the guest house out back and is slowly stripping Vera’s childhood for spare parts. He insists that he isn’t the one leaving notes around the house in her father’s handwriting… but who else could it possibly be?

There are secrets yet undiscovered in the foundations of the notorious Crowder House. Vera must face them and find out for herself just how deep the rot goes. 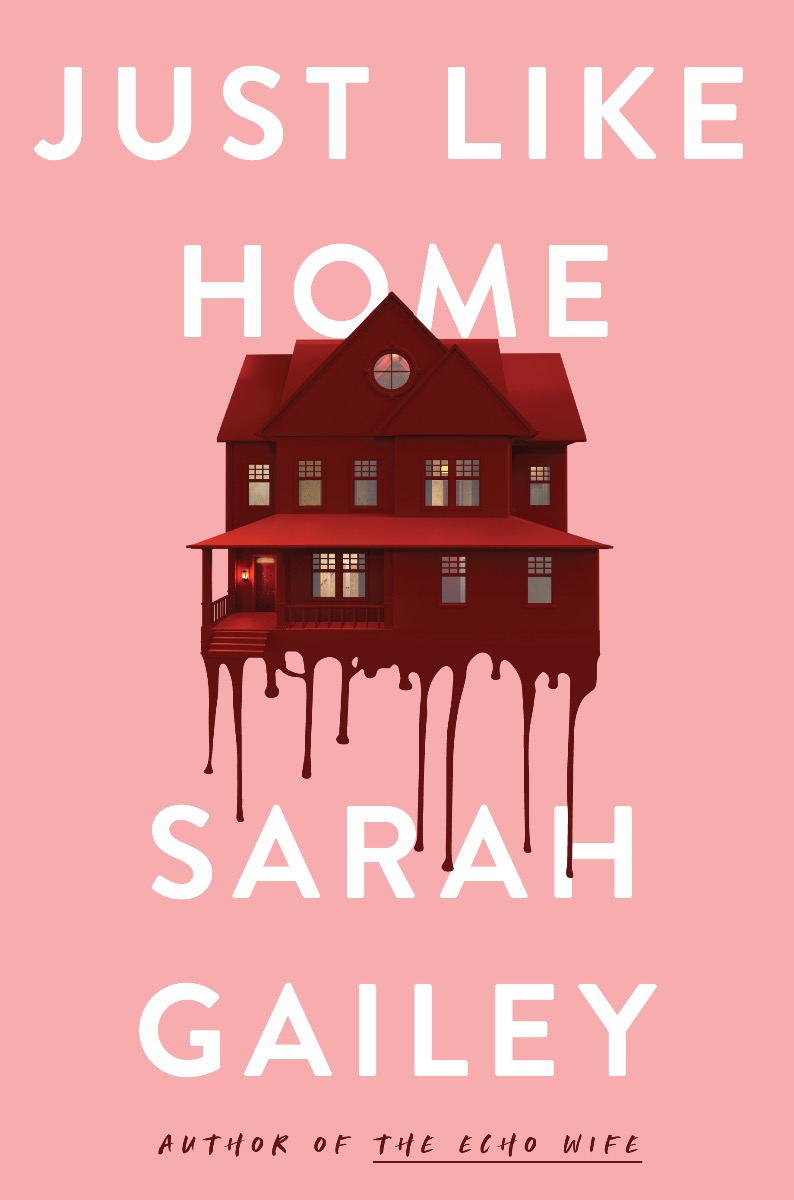 The Crowder House clung to the soil the way damp air clings to hot skin.

Vera had anticipated that coming back to her childhood home would be difficult. She had almost refused, had almost made up an excuse: I’m really busy at work. I don’t have time to come watch you die.

She shielded her eyes with one flat hand, trying to dampen the too-bright day enough to make eye contact with the windows of her parents’ old bedroom. There was only so long she could wait.

There was only so long her mother would wait.

Vera stood with one foot on the lawn and one foot on the driveway, sweating, straining as if she might be able to make out the sound of Daphne dying inside. But the house was built to keep the wind out and the sound in. It stood there, patiently waiting for Vera to come inside, and it did not reveal a single one of its secrets no matter how long and hard Vera stared at it.

Her father, Francis Crowder, had built the house long before she was born, back when his marriage to Vera’s mother was new. Back before everything else happened, before everyone knew his name. He’d built it with his two strong hands, built it right in the middle of his square patch of green land, built two stories above the ground and dug one below. He’d built it for Daphne to live in and to die in. From the looks of things she was committed to doing just that.

Francis himself didn’t stand a chance of dying in that house, of course.

That was the only reason Vera was willing to come back at all—that, and the impossible reality of her mother’s voice on the phone, rippling with sickness, asking her home.

Vera stood outside the Crowder House much too long, letting the late-spring humidity slide into her throat and choke her. The house was smothered on all sides by a sea of green. The entire block was an eruption of flowers and foliage, just like it always was in the last days before summer broke open and thundered down on everything spring had made. The air was thick with the smell of jasmine and lilacs and wisteria, overpoweringly sweet, so dense Vera wanted to bite into it. It was like trying to breathe fresh sap, relentlessly spring in a way that reached down into Vera’s lungs with clawed fingers and nested there. Being outside was almost as impossible as going inside.

Daphne had never asked Vera to come home before. Not once in a dozen years. Vera knew better than to let this development give her hope, but she couldn’t seem to shake the feeling; it bubbled up like a blister and stuck like a scar.

She had come home in spite of that hope and she couldn’t make herself go inside until she had sloughed it off. She couldn’t afford to bring it inside with her.

Hope was a liability at the Crowder House.

Vera’s ostensible task was to clear out the house and to watch her mother die. And after that—after that, she’d get the chance to sort things out. But she couldn’t do either one of those things with one foot on the lawn and one foot on the driveway and her eyes full of sun and her lungs full of syrup.

Vera made herself take one step toward the house. The grass underfoot was thick and springy, dense with clover, drunk on snowmelt. She pressed forward, one foot after another pressing the grass flat. It got easier and easier with each step until, just like that, she was right at the lip of the porch.

Tar-smell came off the wood of the stairs that led up to the house. These steps were made of brand-new redwood, nothing like the splintery white stairs that had been there a dozen years before. Nothing like the stairs her father had built. She knew those stairs with her hands and her feet and the backs of her legs, knew the places where Francis had touched the wood with thick-gloved hands and settled it into a shape that would bring the front lawn and the front door together.

Vera examined this new wood and tried to add it to the things she knew, the things that would rid her of foolish ideas about forgiveness and homecoming. Daphne’d probably gotten whichever parasite was currently living in the renovated garden shed to build the new porch for her. Those new stairs meant that she had known what was coming for a while, had been fixing up the house for Vera to eventually sell. She’d waited until the last minute to call her only daughter home.

Vera wondered if, in the destruction of the old front steps, anything had been found. But of course, the thing Vera hid there must have been destroyed. She would have seen on the news if they’d found what she tucked beneath those old boards so many years before.

It was always on the news when something fresh came to light.

The smell of fresh lumber gave Vera what she needed: a reminder of how things really were. A reminder of how little she had been welcome here until this moment. She breathed in the redwood smell and she spread the last of her hope out on those brand-new steps and she watched it die writhing, watched it without pity, watched it until it was still and cold.

It was the right thing to do, giving up that little bit of hope. It was the only thing to do. Some things, Vera knew, were made to die.

The fresh new stain on the wood of the stairs was tacky under the soles of her shoes, sucking her down. As she took her foot off the top step, Vera snapped the fingers of her right hand four times fast. It was an old habit—a childhood tic that she’d dropped when she left the house. She looked down at her hand with surprise, shocked that it would betray her like this, but her fingers did not apologize. They remembered what they were supposed to do to keep her safe, remembered from when she was young enough to develop a superstition without reasoning herself out of it. Vera’s fingers knew that snapping four times had gotten her this far.

The front door of the Crowder House was, mercifully, the same as it had always been. It was the door Vera’s father hung when he built the house, the door Vera had closed behind her when she left home for good so many years before. It was painted a deep velvety green, with a brass knob and a diamond-shaped window a foot above Vera’s eye level. It’d been just the right height for her father to peer through when he’d wanted to see who was outside.

Her old key still fit sweet and snug in the lock. The paint on the door was warm under the flat of her hand. She wrapped her fingers around the smooth brass of the doorknob, and with just a little pressure and almost no resistance at all, she was inside the house that her father built.

The door shut behind her without a sound.

It had been twelve years since Vera had last stood on the inside of that door. The sweat on her skin dried fast in the air-conditioned dark of the entryway, leaving her goosefleshed and sticky.

Without looking, she held out her hand and dropped her housekey in the bowl on the little table that stood beside the door; the bowl that was for keys and nothing else, the bowl that had been there since before she could remember, that would remain where it was until she sent it away along with all the rest of her mother’s things. The key landed with a bright chime.

The house swallowed the sound immediately, because it was a house that knew how to stay quiet.

The place where her mother was going to die.

Just Like Home by Sarah Gailey is coming to our shelves soon! You may pre-order below and stay tuned on our social media handles for when it's released!