Michelle wears many hats: musician, director, and now a bestselling author. After releasing her debut memoir Crying in H Mart this year, Michelle has been everywhere—from performing in tours and concerts like Coachella and Pitchfork Music Festival to virtual book events for her stellar non-fiction book.

Crying in H Mart is a memoir that shares Michelle’s moving story of family, food, grief and endurance. In this memoir, Michelle allows readers into her personal and private narratives— of growing up in Eugene, Oregon; flying to Seoul for summer vacations; struggling with her relationship with her parents and her biracial identity.

Join us as we get to take a closer look at Michelle’s creative processes as an artist as well as her journey on writing Crying in H Mart on Fully Booked Chats: Michelle Zauner to be hosted by Reese Lansangan on December 17, 6PM via the Fully Booked Facebook page and the Fully Booked YouTube channel.

READ MORE: Author and Musician Michelle Zauner to be Interviewed by Reese Lansangan for Fully Booked

Before the much-awaited event, here are some fast facts that you probably don’t know about Crying in H Mart author Michelle Zauner.

1. Michelle Zauner is a singer-songwriter and the name of her act is Japanese Breakfast.

Japanese Breakfast is an indie rock band headed by Michelle. Ultimately, Michelle focused on creating music for Japanese Breakfast when her mom, Chong mi, passed away in 2014. The band has released three albums in the past years: “Psychopomp”, “Soft Sounds from Another Planet”, and just this year, “Jubilee”.

Extra fact: Michelle’s husband, Peter, is also her bandmate. How cool is that?

2. As many would assume, no, Michelle is not Japanese. She is Korean-American.

While the name of her act is Japanese Breakfast, Michelle was born in Seoul, South Korea, and moved to Eugene, Oregon when she was only nine months old. Michelle explained in an interview that she wanted “something really American and well-known” (breakfast) combined with something “American people just associate with something exotic or foreign” (Japanese). Michelle also shared that she doesn't mind when people assume that she is Japanese because she could tell who her real fans were.

3. The idea of Crying in H Mart came from an award-winning essay entitled Real Life: Love, Loss, and Kimchi.

Michelle shared with Penguin Random House that the first time she submitted her essay to various publications, she was not getting any positive feedback. Then out of sheer luck, she received an email that would be the start of her writing career—what she thought was a standalone and self-contained essay would turn out to be the inspiration for her first book.

“So I wrote this essay and no one wanted it. I tried to hawk it in many places for free, in many food blogs, and essay contents that didn’t have entry fees. Then nine months later, I got an email from Glamour magazine saying I had won their Essay of the Year in 2016. I couldn’t even remember because I submitted to so many different places,” Michelle revealed.

4. The movie adaptation of Crying in H Mart is currently in the works.

After Michelle’s beloved New Yorker essay turned into a bestselling novel, Crying in H Mart will now soon hit the big screen as MGM’s Orion Pictures has acquired the rights to adapt Michelle’s debut book into a film.

Stacey Share and Jason Kim will be producing the film while Michelle will serve as its screenwriter. Aside from the adaptation, fans are also excited to hear from Japanese Breakfast as the band will provide the movie’s soundtrack. Further details such as the cast and director have not yet been announced.

5. Japanese Breakfast recently launched her third album and is nominated for two Grammys.

After releasing two albums that are mainly about melancholy and grief—”Psychopomp” was written during her mother’s battle with cancer while “Soft Sounds from Another Planet” was created after her death—Michelle has now found joy in her new album “Jubilee”.

“My artistic narrative has been so rooted in grief and loss that to write an album about joy feels like a real departure. To finally let go of the album I’ve been sitting on for so long—it’s going to feel like such an overwhelming release,” Michelle said during an interview with Vox. 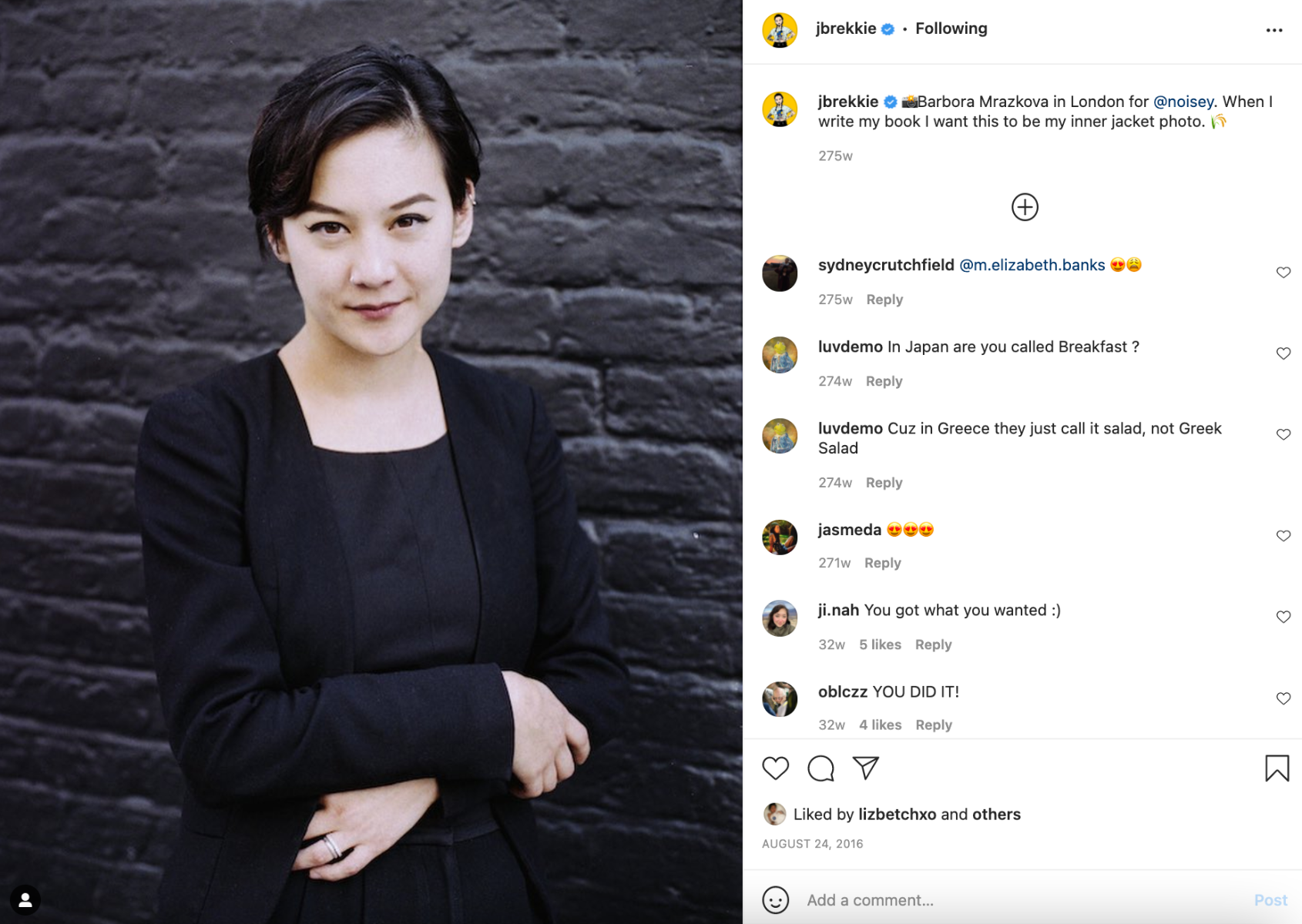 In August 2016, Michelle posted a photo on Instagram. When Crying in H Mart was published in 2021, the same picture was used as her inner jacket photo. Michelle is the queen of #manifesting!

Don’t miss our live stream with Michelle Zauner - be sure to like and follow Fully Booked on Facebook to be the first to know updates about author and book events. You may also purchase a copy of Crying in H Mart on Fully Booked online.