After the critical success of Hello, Universe, We Dream of Space, and The Land of Forgotten Girls, Newbery Medal winner Erin Entrada Kelly began to wonder about her 6th book. Her editor suggested writing for younger middle grade readers, but she immediately doubted the idea.

“Who would want to read about my childhood?” Kelly said, laughing in an interview with Fully Booked.

As a child, Kelly would often keep to herself: reserved and quiet, she always felt lonely and thought everyone else was braver than her. “I was even scared to climb a tree because I thought I would fall.”

Fortunately, she took the leap in writing Maybe Maybe Marisol Rainey, a story about Kelly’s life that she thought was too ordinary, but would later on capture the hearts of kid and adult readers all over the world.

Kelly draws (literally) inspiration from herself

Maybe Maybe Marisol Rainey is a book about an 8-year-old girl named Marisol whose mother was born in the Philippines and whose father works and lives part-time on an oil rig in the Gulf of Mexico. She is gripped with an anxiety that hinders her from doing things: Marisol is scared of new places, swimming, being alone in the car, and loud relatives.

Ultimately, the novel explores the themes of fear, courage, family, and friendship—taking readers on a journey of letting go and acceptance.

“Marisol is based a lot on me, I would worry all the time just like her,” Kelly said. “But as I got older and started to interact with young readers, I realized this is not a unique thing. This is something we all share. We all know what it’s like to be afraid.”

As an adult, Kelly has learned to overcome her anxieties and has found ways to continuously grow as a writer and creative person in general. Maybe Maybe Marisol Rainey is not just a book about endearing insights, but it also features beautiful illustrations drawn by the author herself. 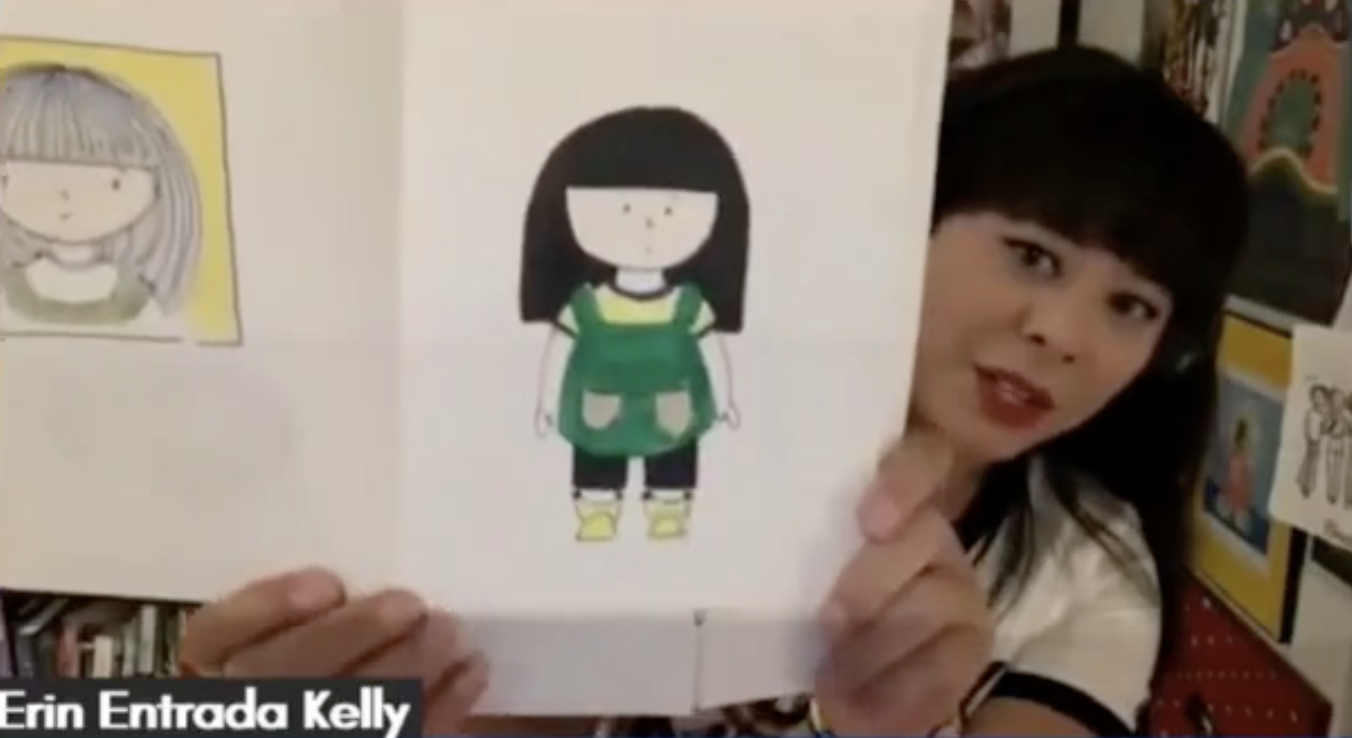 “This is the first book that I’ve illustrated. I’m more of a writer than an illustrator so to see the end product was so rewarding for me,” she said. “When I was growing up, I saw a lot of characters that had blonde or brown hair. I really want readers with black hair, especially with Asian descent to be able to say, ‘Oh! That’s what my hair looks like.’”

Just like how Marisol was able to overcome her fears, Kelly stressed out how important it is to get out of your comfort zone: “It keeps life interesting, when you’re doing something new. It makes you evolve as a person and human being, to be able to experience things that are outside of your bubble.”

The power of stories

One of the things that helped Kelly discover more of herself and unlock her potential is through reading books; she knows how much impact these stories can have because she first-handedly experienced this. Those tales her mother would share to her—stories about the saints and characters from the Bible—continued to live on.

Now, in all her books including Maybe Maybe Marisol Rainey, Kelly tries to infuse the themes she used to hear from before—of suffering and triumph—to remind readers, especially children, that they are not alone.

“All my characters who need and want to feel seen but who don’t. And who always don’t have a lot of self-belief. And it’s important for me that the character finds that through the journey of the novel, but also remains true to who they are.”

While some may have a difficult time finding that best version of themselves, Kelly holds on to the hope that she’ll be able to help readers start their journey of self-acceptance through her books.

“Hopefully, young readers who are anxious and stressed or have a lot of fears or are kind of quiet will be seen when they read this,” she shared. “The power of stories to be able to create light when there is no light, that’s what stories do for people.”

Just like the time when she was 10, reading Judy Blume’s The Very Worried Walrus and felt like the author saw her when nobody else did, it’s now Kelly’s turn to shed light to young readers through her books—one story at a time.