Banned Books Week is an annual celebration of the freedom to read. It aims to increase awareness on the benefits of unrestricted reading and the harm of sensorship. This initiative also seeks to engage various communities and inspire participation through education and advocacy.
If you already have a book community or you're eager to start one, we encourage you to download the free Fully Booked Banned Book Club Kit with book recommendations, tips on starting a book club, and more. Download the interactive Banned Book Club Kit and share your book club photos and videos with us! 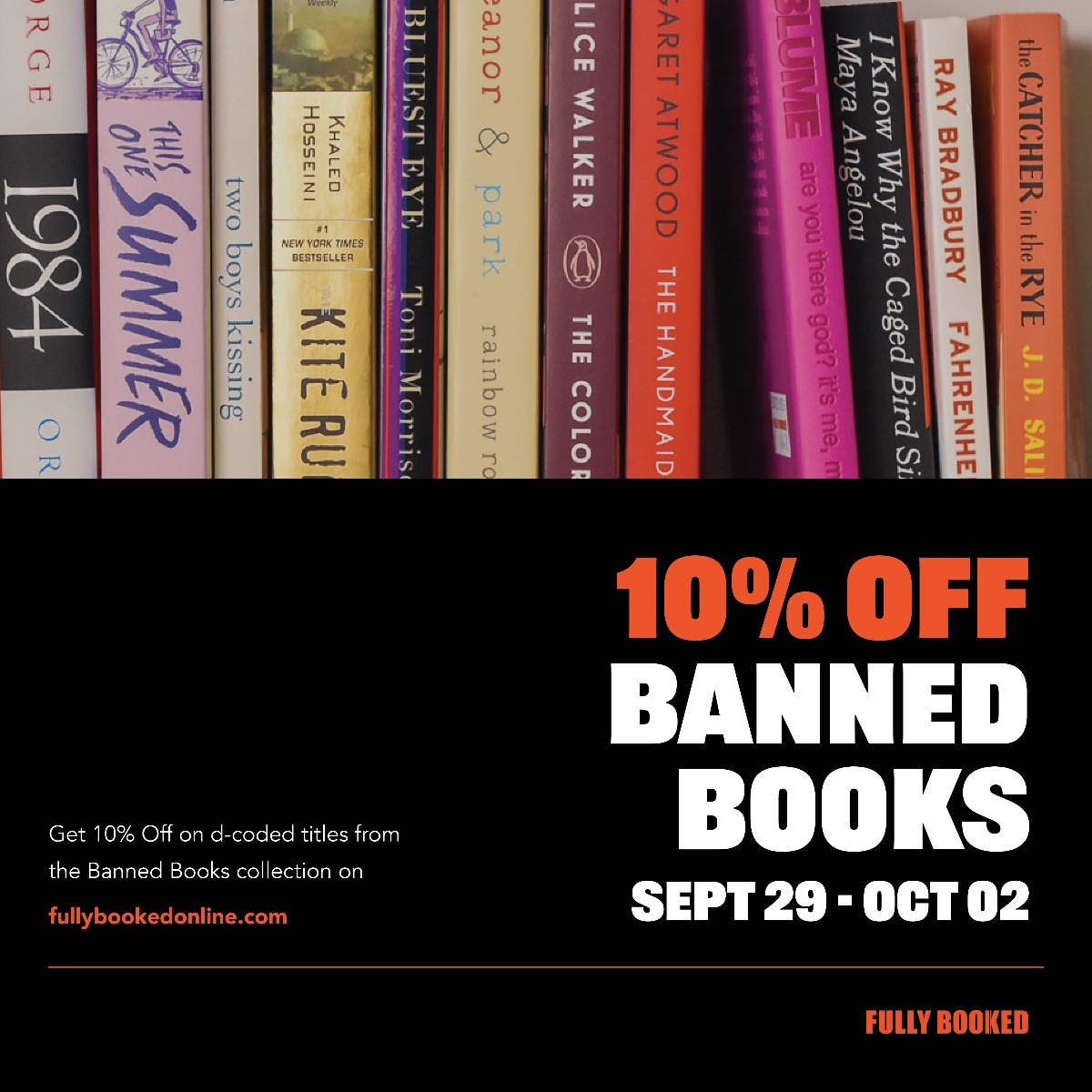 Readers can also enjoy a 10% discount on D-Coded titles from our Banned Books collection from September 29 to October 2.
You can also join our resident bookworms as well on Instagram Live this Friday, October 1, 5PM, for a discussion on the power of stories that break borders and barriers—we're sharing a few of our favorite challenged and controversial pages.


Are you looking for more challenged titles? Check out the Banned Books collection on Fully Booked online. You may also explore List of Challenged Books to Read for Banned Books Week on the blog.

Once Upon Another Time: 6 Retellings You Should Add to Your To-Be-Read List November 19, 2021

Loved It Ends WIth Us? Here's a Guide to Other CoHo Books You Should Read. November 17, 2021