During Bond Over Books, an Instagram Live where bibliophiles talk about all things books (and more), our guests, educator Tala Wong and content creator Mona Magno-Veluz, shared how reading is vital if we were to understand Philippine history.

In this feature, we have listed down both Tala and Mona’s recommended books if you’re interested in exploring more about Philippine history. Aside from consuming books, Tala left an encouragement to engage with reputable historical communities in the country.

“While reading is crucial, I think it’s also important to create a space or community that supports healthy historical curiosity and inquiry,” Tala mentioned during the interview.

On the other hand, Mona has an interesting tip for lovers of trivia who are looking for more substantial materials depending on your topic of interest, “Don’t set aside Wikipedia altogether. Go to the footnotes and citations because sometimes there are interesting books you can find there. Look for scholarly books and peer-reviewed journals on Wikipedia.”

Now, on to book recos! If you missed out on the recent episode of Bond Over Books, we have rounded up some of Tala and Mona’s go-to books on history so you can also start listing them down on your to-be-read lists. 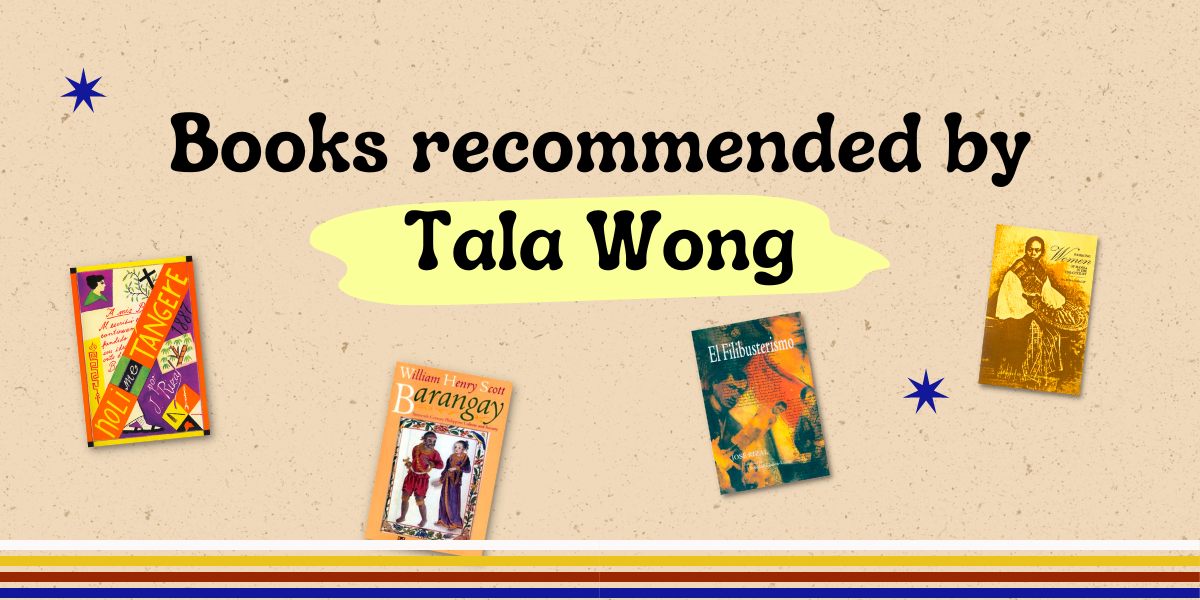 Noli Me Tangere reflects the society and incidents from the Philippines of Rizal's time, a country ruled by Spanish friars for over 300 years. A passionate love story set against the ugly political backdrop of repression, torture, and murder, this book was the first major artistic manifestation of Asian resistance to European colonialism, and Rizal became a guiding conscience—and martyr—for the revolution that would subsequently rise up in the Spanish province.

The work documents the life of gainfully employed women in the 19th century. Seven occupations of women were studied–with women often absent or marginalized in the pages of history, the study attempts to unravel through archival sources and other non-documentary sources like literature and iconography the life of these working women. Despite the meager archival materials on women and more specifically working women, this study prides itself in having used primary sources to document working Filipino women during the Spanish period. 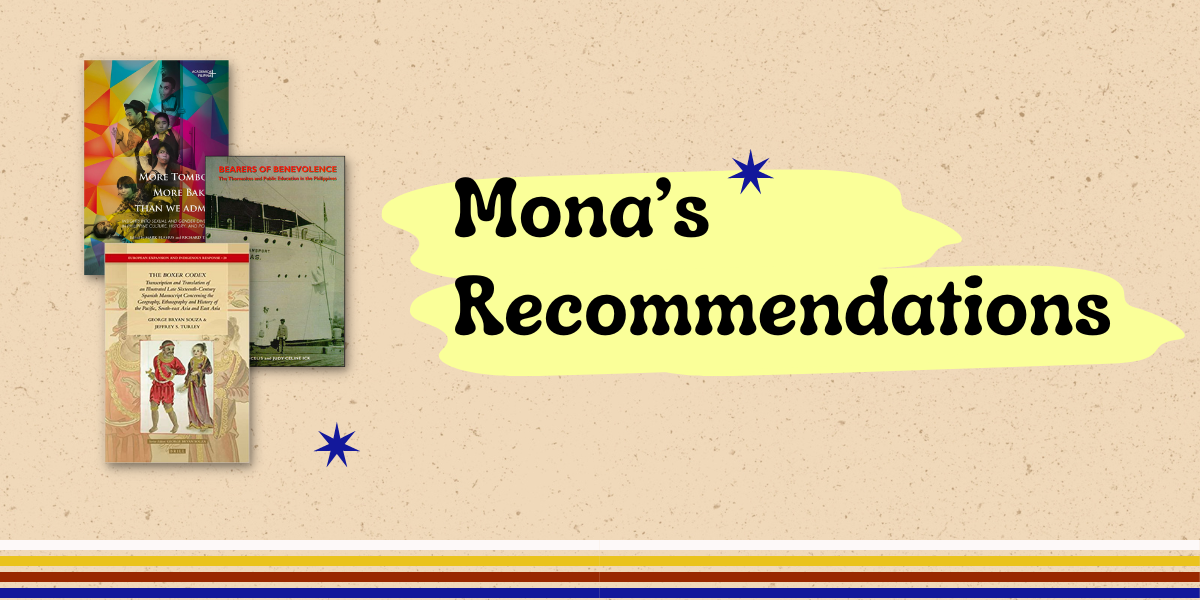 In the Philippines, those who do not fall neatly within the dictated norms of gender and sexuality have often been rendered invisible if not condemned outright by a mainstream society heavily steeped in westernized gender roles and Catholic notions of sexual propriety. Through the essays in More Tomboy, More Bakla Than We Admit, acclaimed writers and scholars explore the unique identities, behaviors, and nuances that distinguish Filipino lesbians, gays, bisexuals, and transgender persons from other Filipinos and those elsewhere in the world.

The Boxer Codex is a late sixteenth-century Spanish manuscript that was produced in the Philippines. The document contains seventy-five colored illustrations of the peoples of China, the Philippines, Java, the Moluccas, the Ladrones, and Siam. About 270 pages of Spanish text describe these places, their inhabitants, and customs. An additional eighty-eight smaller drawings show mythological deities and demons, and both real and mythological birds and animals copied from popular Chinese texts and books in circulation at the time.

Bearers of Benevolence is an anthology of recollections, eyewitness accounts, and official documents from the participants in this historic undertaking--from soldier-teachers, authentic Thomasites, government bureaucrats, and Filipino students. Their voices speak of high hopes and hardships, self-satisfaction and sacrifice. This volume brings together a range of real-life responses to the official policy of "benevolent assimilation" and reveals its impact on individual lives.

Browse more books on history in our History Collection at Fully Booked Online. Free shipping applies for a minimum purchase of Php 799 only.