BookMarked is your source of all things related to books and authors. Get to know some of the latest news and updates from the trending book-to-screen adaptations.

Ruth Ozeki, author, filmmaker, and Zen Buddhist priest, has won the prestigious 2022 Women’s Prize for Fiction for her novel The Book of Form and Emptiness, which tells the story of a 13-year-old boy who starts to hear the voices of objects speaking to him after the death of his father.

Fellow writer and chair of the judges Mary Ann Sieghart commented that the book stood out for its “sparkling writing, warmth, intelligence, humor, and poignancy.”

“[The Book of Form and Emptiness is] a celebration of the power of books and reading, it tackles big issues of life and death, and is a complete joy to read. Ruth Ozeki is a truly original and masterful storyteller,” Sieghart added.

Ozeki, who is also the author of A Tale for the Time Being, received the £30,000 prize at a ceremony in London, beating nominees including Elif Shafak, Meg Mason, and Louise Erdrich.

Now in its 27th year, The Women’s Prize for Fiction is given for "outstanding, ambitious, original fiction written in English by women from anywhere in the world." It was announced at an awards ceremony in Bedford Square Gardens, central London, on June 15, hosted by novelist, playwright, and Women’s Prize Founder Director Kate Mosse.

Graphic novel series ‘Highsummer’ to be published in 2024

Filipino author and illustrator Tori Tadiar took to Twitter to announce that the first part of her graphic novel series Highsummer will be released in 2024 by Disney Hyperion, the publisher of the fan-favorite Percy Jackson series. 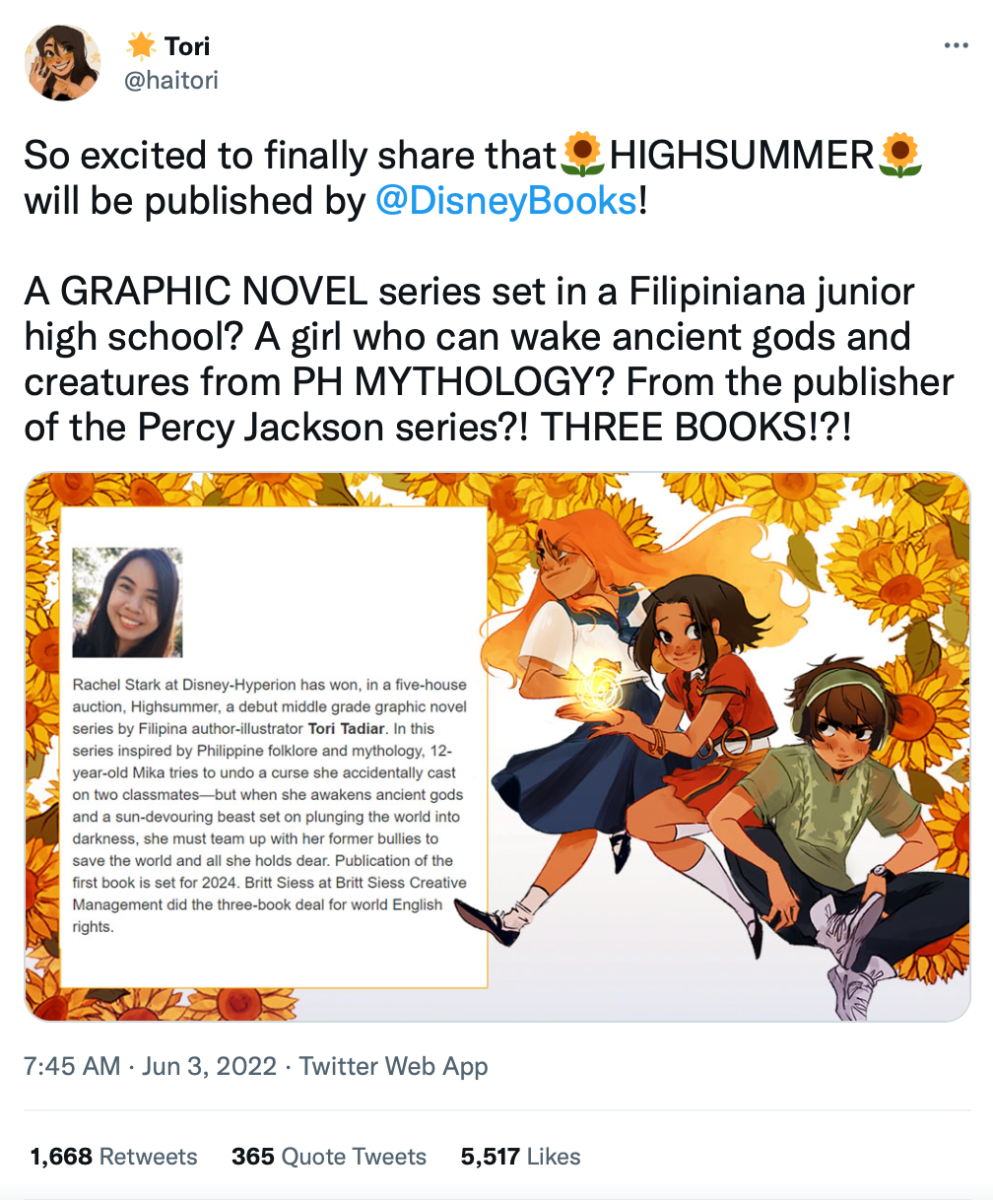 The trilogy will follow a 12-year-old girl named Mika who goes to Ilustra High School. She accidentally casts a spell on her two classmates and when she tries to undo it, Mika ends up walking up ancient gods and a sun-devouring beast.

It is set in Ilustra Junior High School and by the looks of the concept art, the characters’ school uniforms are inspired from indigenous clothing and the Filipino barong tagalog.

An award-winning illustrator, Tadiar also has a collection of graphic novels on Filipino youth such as Sagala, Team Abangers, and Ang Estilong Trumpo.

During the Netflix Geeked Week stream, Ito made a surprise announcement that the streaming and production company will compile 20 of his famous horror stories, which are known for their twisted imagery and terrifying ideas.

While the complete list has not yet been announced, Ito confirmed that the first stories to be adapted will be from the Junji Ito Manga collection: Tomie Soichi and Hanging Balloons.

Most Anticipated Fresh and Upcoming Releases Hitting Our Shelves August 16, 2022