Follow stories of two powerful men who find each other through life and death: A man reborn as a villain in a fantasy novel series and romances the male protagonist; and a crown prince's third ascension to godhood while in the company of a mysterious young man.

Seven Seas, the #1 independently-owned manga and light novel publisher in North America, confirmed the news via their Twitter account @gomanga and posted that, “Fans across the world have requested English editions, and we’re very proud to say they’ll be coming from Seven Seas! They’ll all debut together on December 7, 2021.” 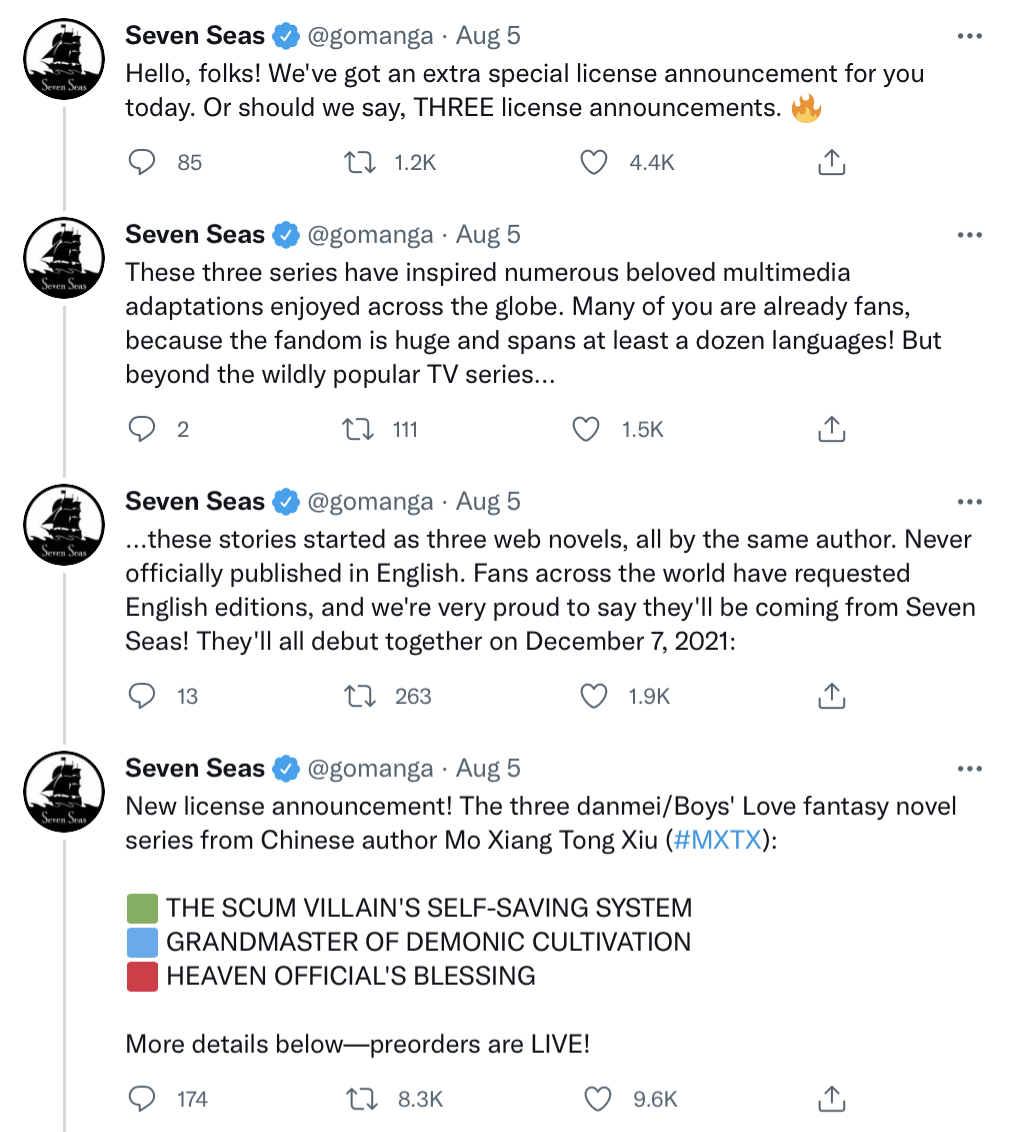 In a tweet by Seven Seas, the release date has been moved from December 7, 2021 to December 14, 2021, to increase print runs and meet the huge demand. 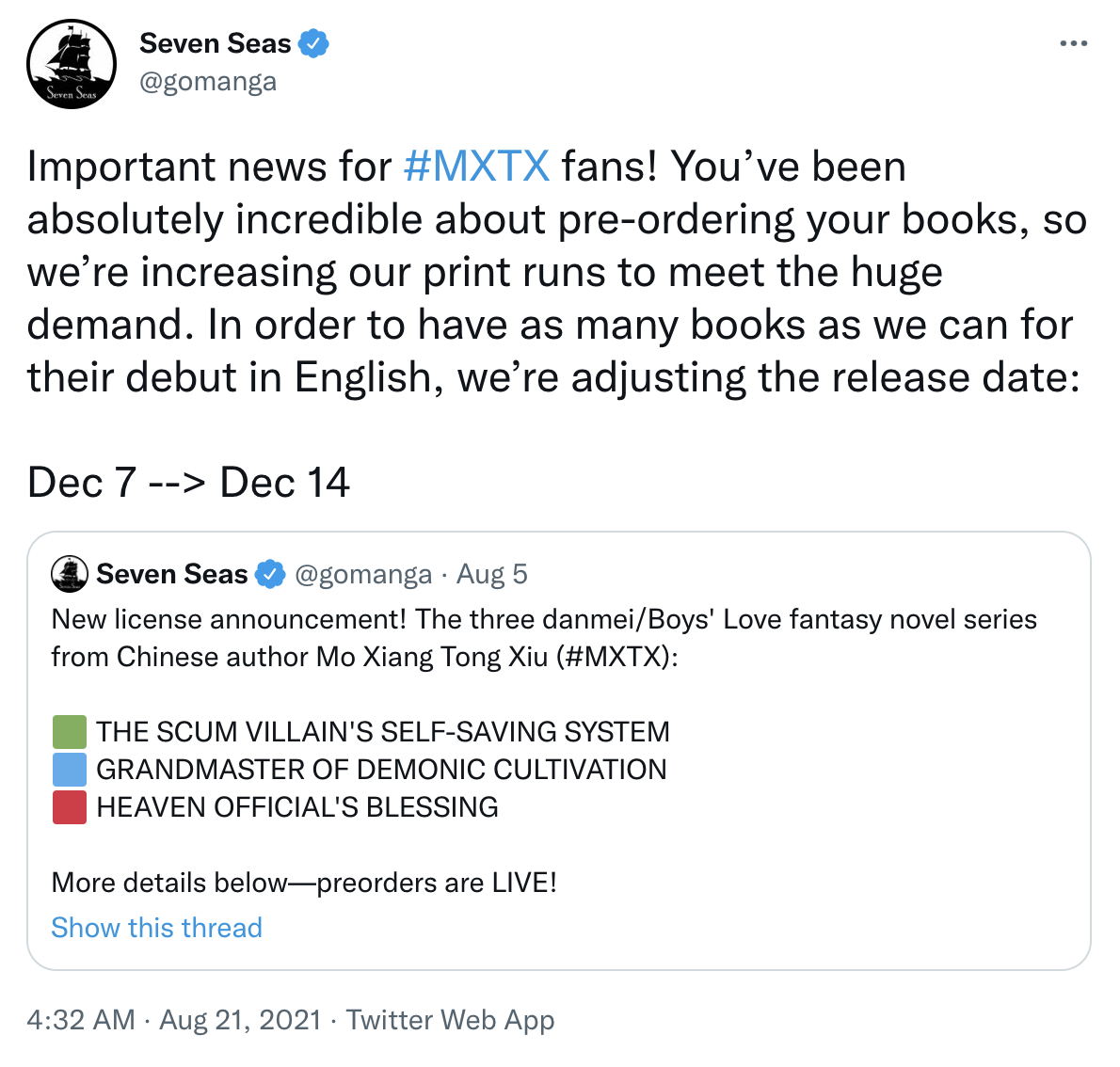 MORE BOOK NEWS YOU SHOULD KNOW

Boxer Codex: A Modern Spanish Transcription and English Translation of 16th-Century Exploration Accounts of East and Southeast Asia and the Pacific, published by Vibal Foundation, is currently #1 under Amazon’s Historical Study Reference category, as of August 12, 2021.

The book is also included in the Southeast Asia History top list and number 38 under the History Encyclopedias category. In The Boxer Codex, the editors have transcribed, translated and annotated an illustrated late-16th century Spanish manuscript.

The book’s blurb tells us that it is a special source that provides evidence for understanding early-modern geography, ethnography and history of parts of the western Pacific, as well as major segments of maritime and continental South-east Asia and East Asia.

2. Dolly Parton and James Patterson team up for a new book in 2022

Singer and entertainer Dolly Parton is set to publish her first-ever fiction book together with James Patterson in 2022. According to a report published by The Guardian, Run, Rose, Run is about a young woman who moves to Nashville to pursue her music-making dreams.

Both UK and US editions will be published by Penguin Random House on March 7, 2022.

Parton has also written several memoirs in the past, most recently Songteller: My Life in Lyrics.

Mindy Kaling and Amazon Studios are working together to adapt romantic comedy novel Hana Khan Carries On by Uzma Jalaluddin into film.

In Variety’s report, Kaling previously created and starred in “The Mindy Project”. She also served as a writer, executive producer and star of “The Office,” and earned six Emmy nominations for her work. She is also known for “Never Have I Ever” on Netflix, where she serves as co-creator, writer, and executive producer.

Hana Khan Carries On is a light and meet-cute story about a 24-year-old Muslim woman that has a touch of sharing the immigrant experience. The book highlights the realities of Muslims told in a fun and witty manner that will surely captivate readers and also film buffs as soon as the adaptation is released.