Best Shonen Manga You Should Read This 2021

Naruto, Dragon Ball, Bleach. These are some of the most popular mangas that have come to an end. Of course, you probably are familiar with these titles and if you’re looking for other novels to explore, you’ve come to the right place!

Shonen manga are titles typically aimed at a young male audience. Though the Japanese word shonen/shounen is gender-nonspecific, it refers to young boys specifically. These books highlight themes and tropes like personal growth, hero-vs-villain narrative, friendship and brotherhood, and sometimes, an infusion of horror as well.

Here’s a list of exciting shonen manga you should read in 2021.

1. My Hero Academia by Kōhei Horikoshi 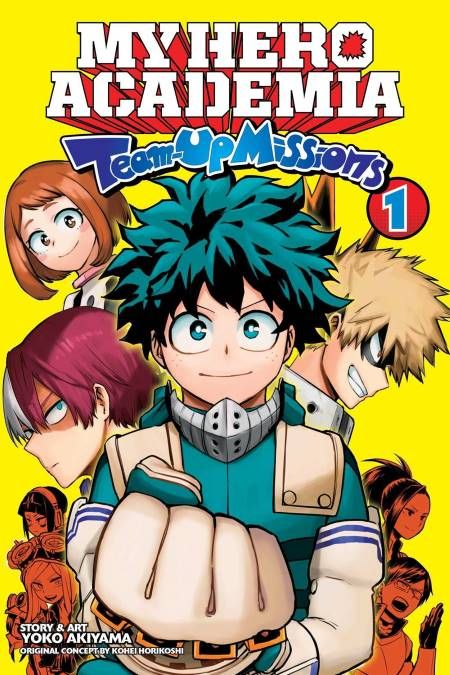 One of the biggest shonen manga and anime in the world right now, My Hero Academia is inspired by American superhero comics—a world populated by dashing superheroes and cruel villains. This manga, which started in 2014, is suitable for young readers and follows the story of Izuku Midoriya, a boy born without powers but still hopes to become a superhero.

My Hero Academia also won various awards like the Next Manga Award in 2015, Harvey Award for Best Manga in 2019, and has been named one of the best anime series of the 2010s by IGN. 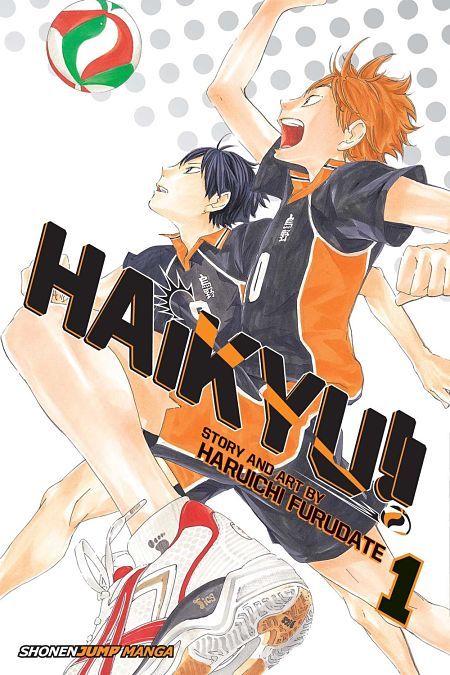 An uplifting and inspiring manga that talks about friendship and unity, Haikyu!! is a sports manga and anime about an underdog volleyball team. This manga turned out to be so popular in Japan that it made a lot of teenagers into volleyball fans. Over 50 million copies are in circulation worldwide as of November 2020.

Despite his petite frame, Shōyō Hinata is a boy determined to become a great volleyball player. This series is truly satisfying not only for sports fans, but also readers who crave for some thrilling action and discovering what it means to reach your full potential while making friends along the way.

3. The Promised Neverland by Kaiu Shirai and Posuka Demizu 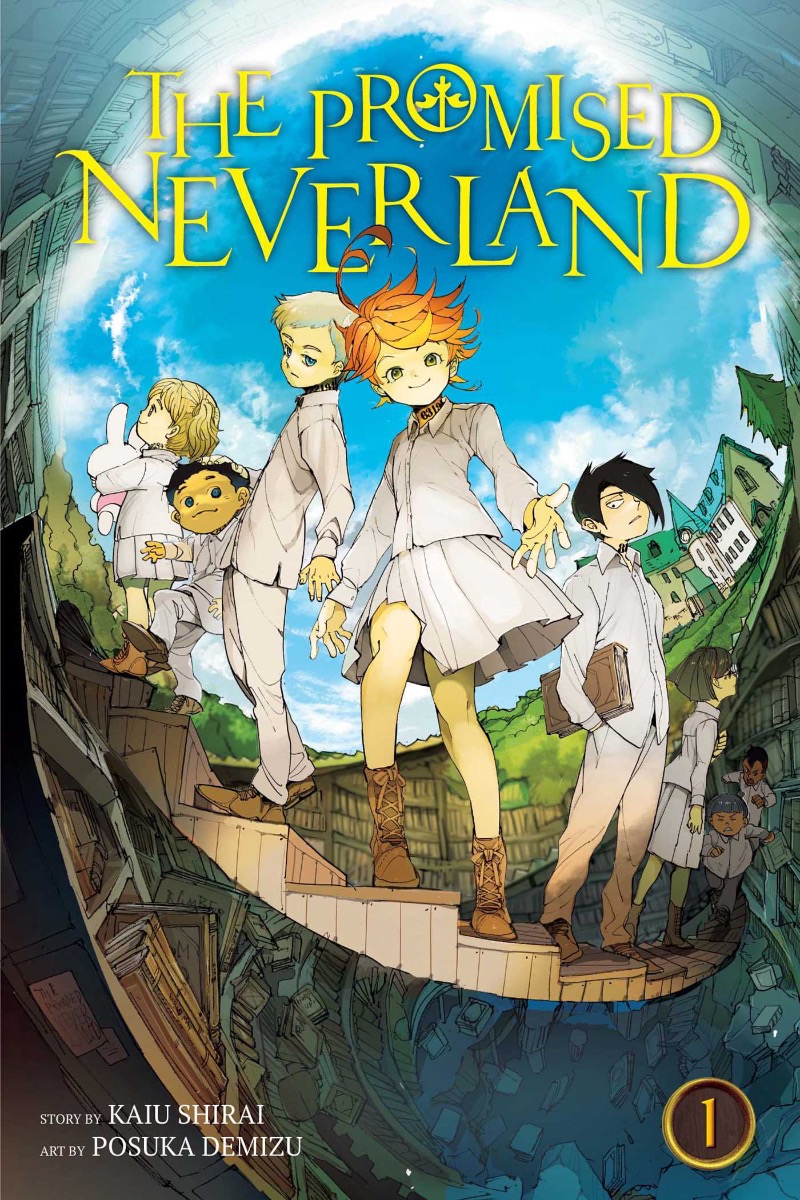 A shonen manga with a female protagonist, The Promised Neverland explores the fate of the brightest kids at the Grace Field House orphanage: Emma, Norman, and Ray. These kids seemed to have an ordinary life until one day, Emma and Norman uncover a dark and twisted truth of the outside world they are forbidden from seeing.

Kaiu Shirai’s The Promised Neverland is suitable for a more mature audience since it features an excessive amount of gore and violence. It has also won the 63rd Shogakukan Manga Award in the shonen category and had over 32 million copies in circulation. 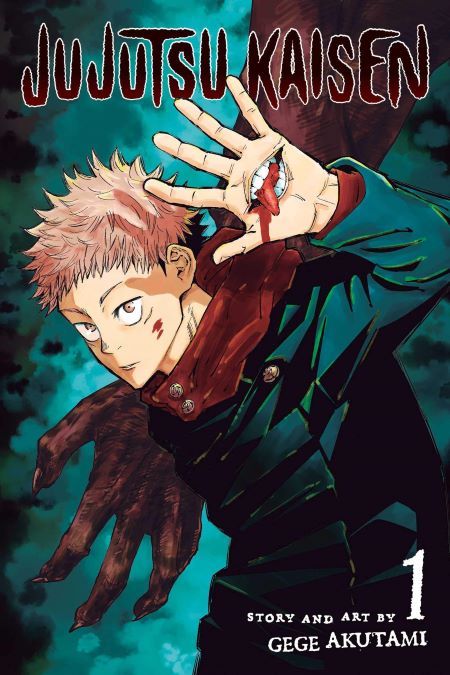 Jujutsu Kaisen is one of the bestselling manga series of all time with over 50 million copies in circulation. It is set in a world where Cursed Spirits feed on humans and follows the story of high school student Yuji Itadori as he joins a secret organization of Jujutsu Sorcerers, in order to kill a powerful Curse named Ryomen Sukuna, of whom Yuji becomes the host.

Gege Akutami’s Jujustu Kaisen brings you a dark and somber storyline with intense fight scenes, fascinating fantasy aspects with a hint of humor on the side. 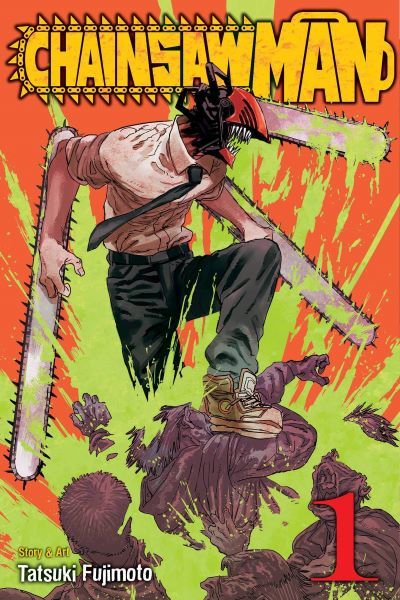 Denji, a poor young man who is trying to pay off his deceased father’s debt to the yakuza by working as a devil hunter. When he is betrayed by someone he trusts, Denji—with the power of a devil inside him—becomes a new man.

With Man bagging 66th Shogakukan Manga Award in the shonen category this year, it proves this manga is definitely worth the read. And if you’re the kind of reader who is into violent scenes, dark humor, and gore, then Chainsaw Man should be at the top of your list! 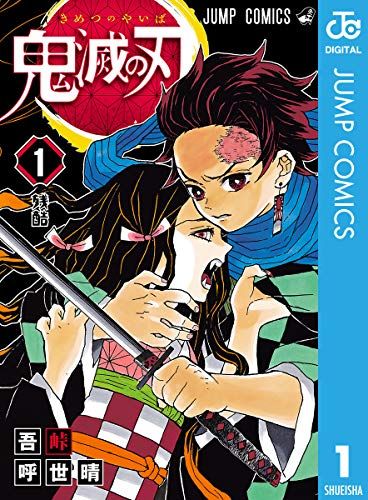 Koyoharu Gotouge’s Demon Slayer is no stranger to the world of manga. This series tells the story of Tanjiro Kamado, a kind-hearted and intelligent boy who has become his family’s breadwinner after his father’s death. One day, he comes home only to realize that his family has been slaughtered by a demon. Nezuko, his sister, survived the attack but is being transformed into a demon. Tanjiro begins his quest to become a demon slayer; to help his sister turn human again and avenge his family.

In February 2021, Demon Slayer had more than 150 copies in circulation, making it the 9th bestselling manga series of all time. 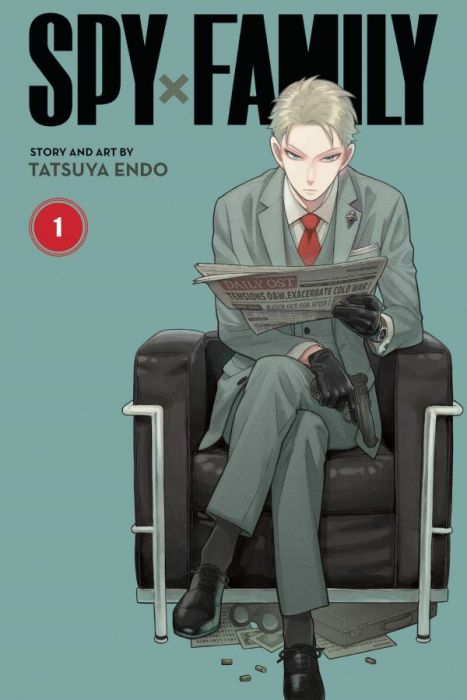 An action-packed comedy about a fake family that includes a, an assassin, and a telepath, Spy x Family is trending for its rather original concept and likable characters that feels like a breath of fresh air for manga lovers.

Spy x Family just started its run two years ago, but is quickly gaining popularity as it was awarded first place in the Web Manga category of the 2019 Next Manga Awards. An endearing series with a twist of dramatic comedy supported by its fabulous art style, Spy x Family deserves a spot in your TBR list. 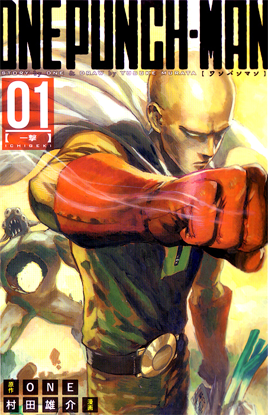 Nothing about One-Punch Man’s protagonist passes the eyeball test when it comes to superheroes—from his lifeless expression to his bald head to his unimpressive physique. While most superhero protagonists have a hard time fighting the villains, Saitama has a different problem: he can beat the snot out of any villain with just one punch.

If you’re looking for a fun and light novel, One-Punch Man’s satirical humor and action mixed with great characterization and interesting backstories is the perfect manga to read.

11 Must-Read Horror & Thriller Books That Will Give You a Good Scare This Halloween October 25, 2021