In The Vanished Birds, Simon Jimenez tells the story of two people drifting in an unrecognizable world, out of place, until their paths cross. We chat with him about his writing, his current reads, and what he has in store for us next. Read our conversation below.

Plus, get a chance to win a signed copy of The Vanished Birds! Read on to find out how.

Fully Booked: The Vanished Birds is such a timely story, especially with the current state of the world. What sparked the idea of writing this story?

Simon Jimenez: Truthfully, it’s hard to remember the why of anything I do. I don’t think there was any singular idea that sparked this particular story. What I know is that I had wanted to write a novel for a long time. I wanted to make a genre narrative with a gay male character who was active at the center of events; a character I would’ve been stoked to come across when reading as a teenager and looking for myself in the stories I loved. That was the spark. Whatever timeliness the book has is a product of the fact that I can’t help but draw from the world I live in, and the time I live in.

Can you describe for us your worldbuilding process? What are some of your inspirations for creating this futuristic world and all its different aspects?

My worldbuilding process is messy and somewhat embarrassing—a lot of trying out, then rethinking and rewriting, a one step forward two steps back kind of thing. It is an exhausting process that I do not recommend to most people. As for creative inspirations…all I have unfortunately is the cheap, stock answer: I pulled from my own history, my interactions with the world, as well as other works I’d read or watched or heard. There was no single work that was the catalyst for any particular aspect of the worldbuilding; at least none that I can remember now, or was conscious of while writing.

The best science fiction is deeply grounded in human experience. Are there parts of the story that are inspired by your personal experiences?

Inspired, very much so, but almost never directly pulled from. There are certain feelings and sensations that I’ve experienced in my life that I wanted to explore. The alienation of travel. The strange feeling of not quite belonging to any one place, but living in many. The fear of time and ageing. The awkwardness of being close with someone for the first time, and the delight of it.

One of the main themes of the story is connection. How do you think the futuristic world of The Vanished Birds reflects our world today, in which it's so easy to stay connected and yet authentic human connection is getting harder to attain?

In writing the book, I wasn’t striving to reflect contemporary culture at large, but just my own difficulty with connecting with other people. The book is more a reflection of my own personal anxieties about “authentic human connection”, whatever that means, than it is an exploration of a social problem writ large. But I do acknowledge that it is a very real thing today, this connection that isn’t really connection, not as we like to imagine “connection” to be. A thing exacerbated by the internet and social media certainly, but also not really a new problem. We’ve been writing stories about the great difficulty of connecting with other people for a very long time, because the fact of the matter is I am trapped in my body and you are trapped in yours and that distance is impossible to cross.

How far—or close—do you think we are from becoming Old Earth?

Oof. A great question for someone who doesn’t make stuff up for a living.

What made you decide to pursue writing?

That’s one of those questions that’ll send someone into an existential tailspin. Any answer I give would be a lie because I have no idea why, really, other than the fact that writing is what I like doing—or, at the very least, it is one of the few things that I have some skill with.

If not writing, what career do you think you'd have right now?

My favorite job was being a bookseller at a college bookstore in Boston. To be clear I wasn’t in it for the overpriced textbooks and tacky merchandise. It was for the people. I genuinely enjoyed the people that I was working with, and if everyone I knew was still working there then I would be too. So I guess my answer is I would have any career, it wouldn’t much matter what, just so long as I enjoyed the people.

The first story I can remember writing was in second grade. It was called “The Time Machene” [sic], and it was about a cat that climbs a tornado and had absolutely nothing to do with time or whatever “machenes” are. I received a completely undeserved gold star.

What are you currently reading?

Juggling a few books right now, which I shouldn’t do, because it takes forever for me to finish anything. A mix of fiction and non-fiction. The Spell of the Sensuous by David Abrams, Jonathan Strange and Mr. Norrell by Susannah Clarke, and Looking at Dances by Valerie Preston-Dunlop.

What's the one book you always recommend?

Cloud Atlas by David Mitchell. It’s one of those books that has it all. Formally inventive while also being incredibly readable, with well-constructed plots and engaging characters.

Do you have any future projects we can look forward to?

I’m working on my second novel right now, with the same publisher. A mythic fantasy narrative about two warriors that have to escort a god across a bloodied land. It should be out sometime next year. 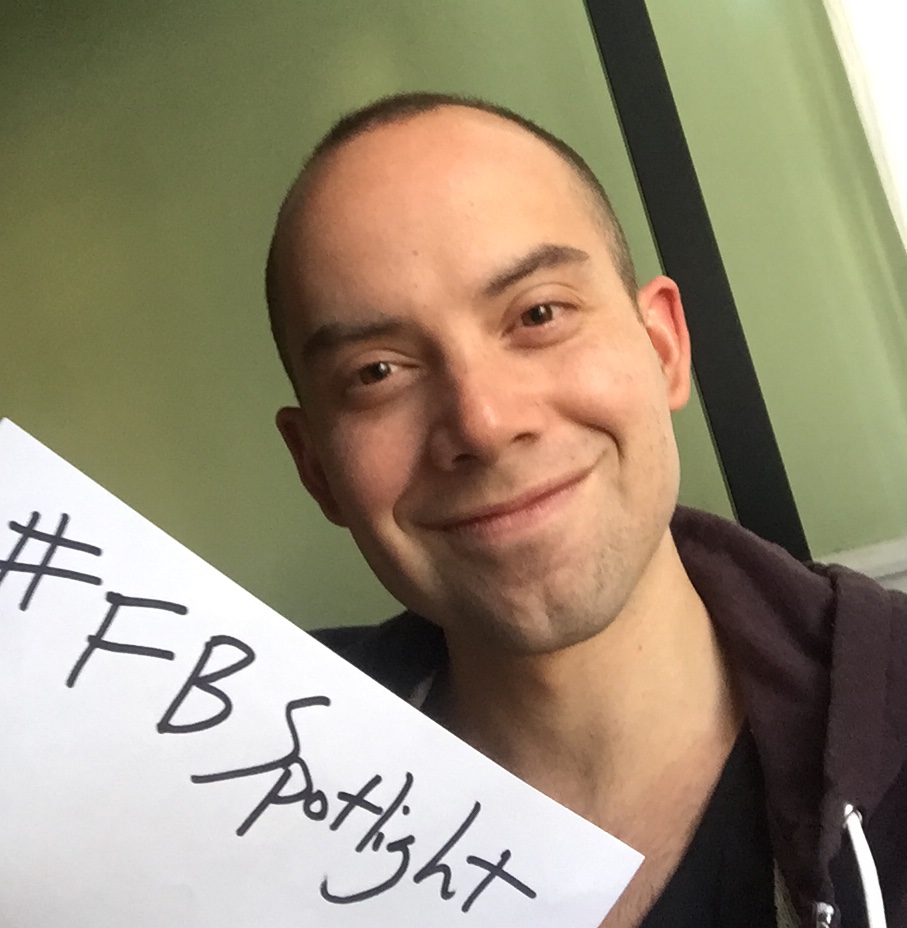 Here's your chance to win a signed copy of The Vanished Birds!

Just share your thoughts in the comments. One comment = one entry. Only one entry per person will be counted. You can send in your entries until March 11, 2020. Three lucky winners will be chosen at the end of the giveaway period. Winners must claim their prize at any Fully Booked branch.

Simon Jimenez’s short fiction has appeared in Canyon Voices and 100 Word Story’s anthology of flash fiction, Nothing Short Of. He received his MFA from Emerson College. This is his first novel.