We chat with Jennifer Rosner, author of The Yellow Bird Sings, about the hidden children of WWII and the role of art in times of despair. Read our conversation below.

Fully Booked: What sparked the idea of telling this story?

Jennifer Rosner: The idea for this story was sparked nearly ten years ago, when I met a woman who'd been hidden as a child during the Holocaust. I was giving a book talk about the memoir I'd just written (If A Tree Falls, Feminist Press 2010) about raising our deaf daughters in a hearing/speaking world. I was describing our decision to get our daughters hearing technology and about the ways we encouraged them to vocalize, and this woman shared with me her experience of hiding with her mother, needing to stay entirely silent. I thought a lot about her (as a child) and about her mother (needing to hush her child at all times). From this seed, my novel grew.

What was your inspiration for the make-believe world that Róza created for her daughter?

I'd heard of a child who, in a time of trauma, went silent yet cupped her hands as if around an imaginary bird. When I was developing Shira's character, I thought that for Shira, having a bird to sing out her songs and keep her company might be a way for her to cope with her losses. As for all the stories about enchanted gardens and giants, they developed naturally as a kind of antidote for Shira, stuck in the barn loft, Nazis walking past, etc. The idea of an invisible string connecting her with her mother is based on a story in my family history; we have deaf ancestors who, when they became mothers, tied strings from their wrists to their babies, so that if the babies cried in the night, they'd feel the tug and wake to care for them.

Can you share some of the true stories of Jewish children that inspired The Yellow Bird Sings? Is there a particular one that struck you the most?

I interviewed several hidden children of the Holocaust, all of whose stories were filled with astonishing strength, resilience, and ingenuity. One that had a special resonance for me as I wrote The Yellow Bird Sings was the story of a Jewish boy who hid in the attic of an elementary school building. He watched from a crack in a wall as other children went in and out of school and played in the school yard.

Music—and consequently, silence—play a big role in Róza's and Shira's lives. Why did you focus on this particular artform?

I grew up in a musical family (my father played violin and I trained as an opera singer), and understood the connective, transportive power of music, so it seemed natural for music to play a role connecting Shira to her parents, her family. Silence (and deafness, in metaphorical and literal forms) is also something I grew up with, and informs my writing.

What do you think is the role of art in times of war, of despair?

Art can bring empathy, understanding, compassion, tolerance. It can nourish, bring relief and distraction, transport the reader to a different world. It is essential.

As a work of historical fiction, how do you think The Yellow Bird Sings resonates with our world today?

At this particular moment, when so many are in quarantine, I hope The Yellow Bird Sings will bring perspective. More generally, the novel highlights the role of creativity and beauty in human survival, and I hope it will connect people across differences and encourage compassion.

What made you decide to be a writer?

I began a writer's life when my daughters were born deaf, to process new motherhood and my longing for intimacy with my girls.

If not writing, what career do you think you'd have right now?

I was a philosophy professor at the university level before becoming a writer. I'd probably be teaching, but I am so happy to be writing instead—I love it!

My first story (an essay) was about my eldest daughter failing her hearing test at birth.

Which book do you keep coming back to?

All the Light We Cannot See by Anthony Doerr. I love his sentence-level prose and the overall construction of the novel.

What are you reading now?

The Girl with the Louding Voice by Abi Daré

Anything down the pipeline we can look forward to?

I am at work on a new novel. It is at the very beginning stages, about a truth, lies, rising water, and a girl's search for home.

Can you take a quick selfie for your readers here? 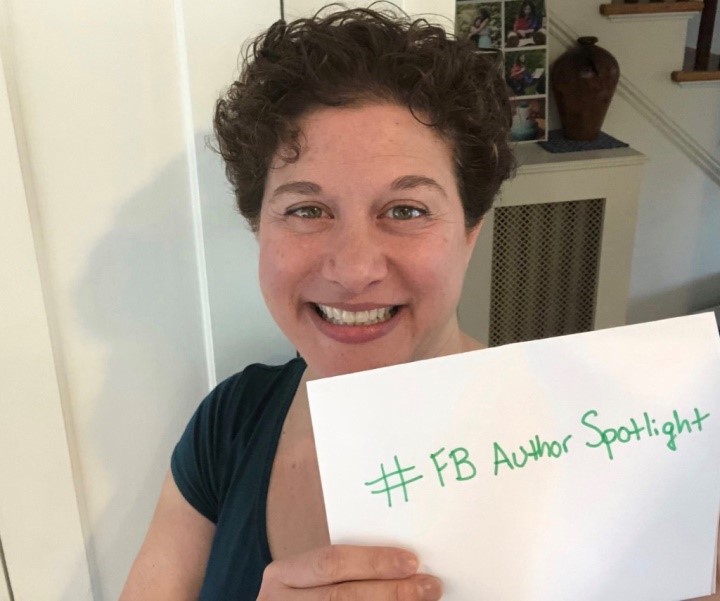