While we can't fly off to our ideal destinations at the moment, let's travel through the pages of Emily Henry's latest book, People We Meet on Vacation. We chat about this brand new story, about traveling and writing, about summers and love. Read our conversation below!

FULLY BOOKED: What sparked the idea for People We Meet on Vacation?

EMILY HENRY: For me, every book starts from a few different points, and where those ideas intersects sits the book.  I knew I wanted to write about two close friends who fall in love, a la When Harry Met Sally, and I also knew wanted to play with the structure of the book in some way. During my brainstorming, I hit on the title People We Meet on Vacation, but it was actually connected to a very different concept. My editor and I agreed that idea didn’t feel perfectly right, but the title itself fascinated us. So then, the idea of telling the story over the course of a series of vacations clicked, and I knew instantly that this was the story I wanted to tell.

But even while all that was going on, from the very beginning, I knew the emotional arc of this book was going to be about a woman who got everything she thought she wanted and she still wasn’t happy, and desperately needed to understand why.

Are there any people you've met on vacation that have left an interesting mark on your life?

Once, in college, I visited a small island in Quebec. We went to a bakery, and met this unbelievably warm, friendly baker but none of us could communicate all that well with each other, since my group barely spoke any French and she barely spoke any English. But something really weird happened. She literally took my face in her hands and told me I was a writer. Then she looked at my boyfriend (now husband) and told him he was an artist. True on both accounts. I don’t’ know what made her say that, but it’s something I’ll never forget. I’ve actually Googled her and her bakery since and found a couple different travel bloggers talking about this incredibly special baker they met, though no one mentioned an experience exactly like the one we had. This sounds so made up, but it’s true! My parents were there too. We talk about it still sometimes as one of the weirdest and most magical things that’s ever happened to us.

How did you go about picking the Summer Trip destinations? Which one is your favorite?

I chose destinations I’d been to and loved! The one exception is Palm Springs—I haven’t been there since I was a kid, so I just had to do a ton of research on it, especially what the weather is like in the summer. I’d hoped to get back there while in edits, but due to Covid, couldn’t make that happen. Every other trip is loosely based on a real trip I took. My favorite is probably either New Orleans or Northern California.

How do you think the pandemic changed the way we view traveling? Strangers? Home?

I think it’s made us so much more appreciative, and also quite a bit more paranoid. A few weeks before there were confirmed cases in the US, I took a trip and wore a mask on the plane for the first time, out of an abundance of caution. It was never very common to wear them in the U.S. before this, but now I doubt I’ll ever get on the plane without one on hand. I think, in some ways, there are more boundaries between us and strangers than there used to be, but I also feel so much more appreciative of both the ability to travel and the chance to meet new people.

Once the world is open for travel again, where will you head to first?

I’ll be going to see my family on the west coast of the U.S. first! After that, I’d gladly go pretty much anywhere.

Do you think it's possible for friends who are as close as Poppy and Alex to be just friends?

I actually do! Throughout most of the book, Poppy and Alex are “just friends,” but she’s aware that there are times when that question of “what if” becomes larger and more looming in their relationship. There are also times when they realize their friendship is interfering with their separate romantic relationships and have to take a step back for everyone’s sake. So much of friendship—especially one that spans so many years—is an negotiation, always leaving room for the other person to grow and change and finding a new way to connect across all those different versions of yourselves.

What first drew you to writing stories? Stories on love and summers?

I just loved reading so much. I think I was about eight years old when it first occurred to me that someone was out there writing those stories I was reading, and I knew I wanted to do that. Writing—at its best—feels very much like reading to me. It’s just fun to imagine. I started writing love stories, specifically, in a time when the world felt particularly dark to me. I was dealing with a lot of anxiety, and I found it hard to sink into the kinds of books I’ve always loved—scifi, fantasy, literary fiction with darker themes. I wanted to immerse myself in something that just made me happy, and so I wrote Beach Read. I had such a wonderful time that I knew I would write many more summery love stories if I hd the chance.

When I was a kid, I loved the Animorphs series. I didn’t know fan-fiction was a thing (the Internet was hardly ‘a thing’ at that time), but I wrote some heavily Animorphs-inspired short stories. I never showed them to anyone. That wasn’t even the point! I’d just run out of books to read in the series, so I wrote some more.

The hardest thing about writing, for me, is the middle of every book. I almost always end up rewriting the middle third of my novels. I usually have a strong sense of how I want that first third to go, and then I’ll typically lose my way a bit in the middle and it takes a while to figure out the end, but once I do, it usually happens very quickly, with a lot of momentum. Then I have to go back and rework the middle so it’s actually doing its job.

The easiest thing for me is always dialogue. I could just write two characters talking for pages, without anything else happening, and that would make me happy.

I’m not a morning person, but I am typically a morning writer. I don’t like to do anything else before I write, because I find if I make too many decisions (even just playing a game on my phone), I already feel a bit drained of energy to work. I don’t have many rituals, really, but I am particular. I want silence when I’m writing, and privacy too. It’s very hard for me to work in public. When I’m drafting, I have a daily word goal of 2000, and I’ll write as long as it takes me to hit that. Sometimes it takes two hours. Sometimes it takes eight!

I’m not a huge re-reader really. I feel guilty rereading when there are shiny new books waiting for me. I did recently reread Leigh Bardugo’s Grisha Trilogy and Sherry Thomas’s historical romance, The Luckiest Lady in London. I’ve also been wanting to reread all three of Sally Thorne’s romantic comedies lately, so I’ll probably do that soon!

If I weren’t an author, I would want to work at a wolf sanctuary, for no real reason other than, I’ve always loved wolves.

Finish what you start. Even if it’s bad. A fear of starting—and finishing—books is common, but it’s not helpful. You can always make a bad book better. Just finish it.

Can you take a selfie for your readers on the other side of the world? 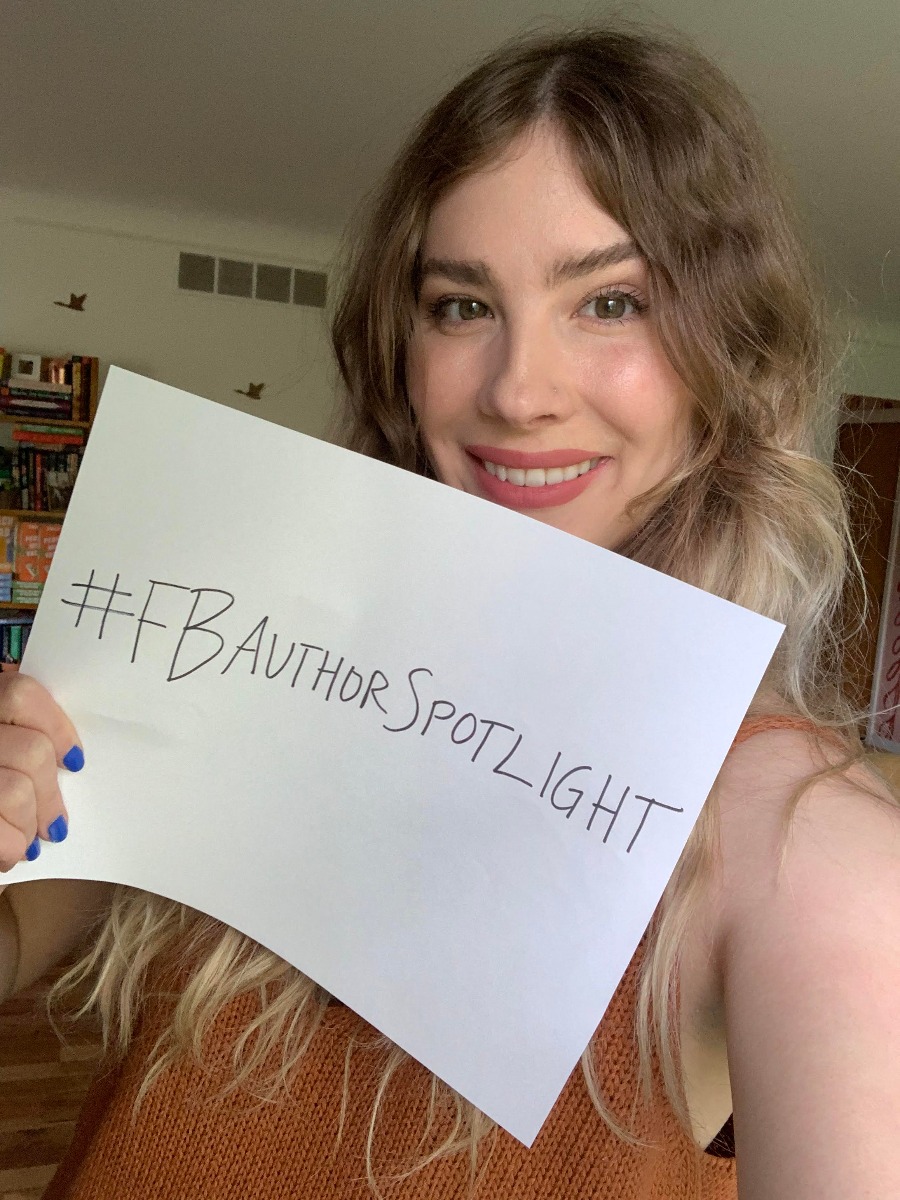