What sparked the idea for The Nine Lives of Rose Napolitano?

What made you choose the conflict over pre-natal vitamins as the moment on which all other consequences are hinged?

Because it seems like such a small thing—vitamins—to fight about, yet it ends up becoming symbolic of the marriage itself. I think so many fights about seemingly small things that happen in a marriage, end up becoming referendums on the entire marriage. So the vitamin fight felt like such a marriege kind of fight, and of course, for Rose, those vitamins make her so angry.

How do you think Rose would have fared in this pandemic world?

Gosh, I don’t even know! She probably would have made a lot of mistakes and felt really confined in a marriage and stuck in an apartment where her husband is constantly pressuring her.

How does Rose Napolitano reflect the many different "lives" women live in their lifetime?

Well, the nice thing about Rose’s many lives is she gets to experiment with all kinds of possibilities, she gets to make mistakes, she gets a lot of do-overs. I think we, women, often wish for do-overs, too, the possibility of making mistakes then walking things back. But I hope that Rose can represent both mothers and nonmothers, people who get divorced and people who stay married, women who are daughters, too, and women who care deeply about women’s choices in all the different aspects of their lives. I hope that Rose is flexible enough to accommodate a diversity of women who read her.

Were there other "lives" you've written or considered writing that didn't make the final story?

The biggest one is that there would be an adoption storyline. I think that one feels like the biggest one that is missing for me.

What first drew you to writing?

I think writing is another way to connect. Relationships are the center of my life. I write to connect, and I think that writing is a way to reach out and have conversations with people that you don’t know. Who sometimes reach back to say hello. That, to me, is a wonder.

I never thought I would write fiction, and never tried until much later in life than for most writers. So really, my first story was The Possibilities of Sainthood, which also became my first novel. I never knew I could write stories until I tried with that one, and that wasn’t too long ago.

That’s easy: the hardest is revision. Revision kills me. It feels very painstaking. The easiest is the first draft. I love writing first drafts! They are my playground, and anything goes.

Yes! I love my rituals around writing. I only write in the morning—very early. I wake sometimes as early as 4am, definitely by 5 or 5:30am, when it’s very quiet. I make my coffee and sit and read for a while, then when a sentence or line or dialogue pops into my head, I open my laptop and I go.

That’s a great question. One of my favorites is Feed by Tobin Anderson. Bel Canto by Ann Patchett is another, and lately I’m obsessed with Sea Wife by Amity Gaige and also Fleishman is in Trouble by Taffy Brodesser-Akner.

I’m reading The Arsonist’s City by Hala Aryan, and next on my list are We Ride Upon Sticks by Quan Barry and A Tale for the Time Being by Ruth Ozeki.

Yes. Write with urgency, like your life depends on it. Let yourself need your writing, because it’s okay to need something from it. And definitely play like it’s a playground.

Can you send us a photo of yourself with a sign that says #FBAuthorSpotlight? 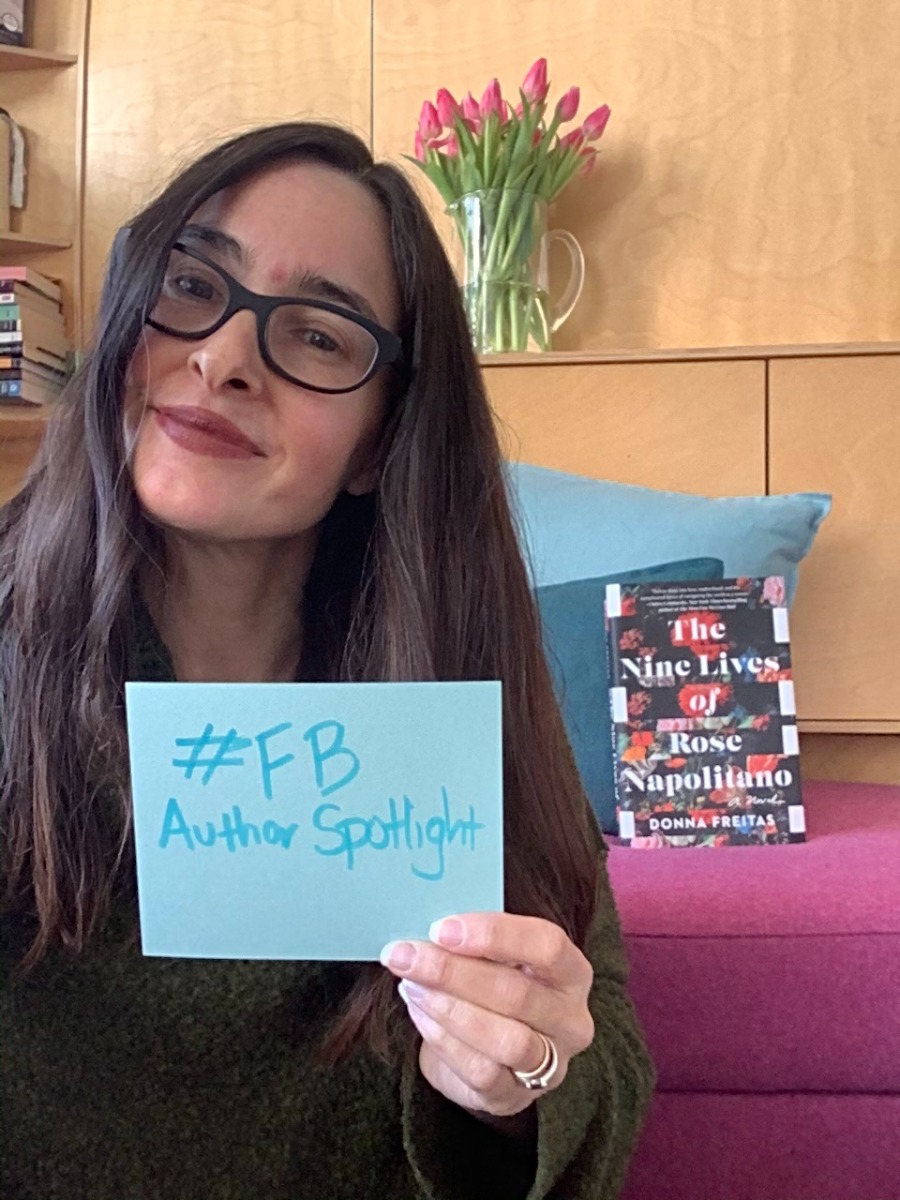 Welcome to the Supernatural Underworld: 5 things to know about Trese before the Netflix premiere June 10, 2021