This August, we're celebrating our own stories and storytellers through Local Lit Fest 2020. We're starting off with a conversation with one of the creators of TRESE, Budjette Tan. We pick his brain on Philippine mythology and his writing journey. Read on below.

Fully Booked: What made you write?

Budjette Tan: When I was a kid, I loved reading comic books so much that I thought it would be fun to make my own story. So, when I was in Grade 4, I found some paper in the house, I stapled them and made my first comic book – COSMIC MAN! He was a mash-up of Batman and Space Ghost. He flew around space fighting bad guys with his Cosmic Ship and Cosmic Gun which fired a Cosmic Net!

When I was in Grade 6, I discovered my classmates also collected comic books and during breaktime we loved talking about our own superheroes. We’d use our intermediate pad to make a drawing of our hero and then we’d write down their “secret origin” on the other side.

And this love for making comic book stories just never left me.

What’s your favorite Philippine mythical creature or story, and why?

I think the most memorable story for me would that episode of the movie SHAKE, RATTLE, AND ROLL where a manananggal attacked this house and the teen-agers inside the house had to defend themselves. I was so scared of that story that it made me wonder, what other scary creatures are out there!

What stories about Philippine mythology do you think should be read by everyone?

As far as books are concerned, I’d recommend THE SOUL BOOK, edited by Gilda-Cordero Fernando. That was probably my first book about Philippine myth and where I learned about our own gods and monsters.

As far as comic books are concerned, then it would Arnold Arre’s THE MYTHOLOGY CLASS, which ushered in this new age of comics in the 2000s, as well as portraying our old myths in a modern-day setting.

Who is your biggest literary influence?

The stories of Chris Claremont and Marv Wolfman are what made me fall in love with comics and with collecting THE UNCANNY X-MEN and THE TEEN TITANS and CRISIS ON INFINITE EARTHS. Later on, Frank Miller’s work on DAREDEVIL and BATMAN made me realize how you can take the typical super hero story and tell stories for a mature audience.

But as far as writing is concerned, it would have to be the works of Alan Moore, Neil Gaiman, Grant Morrison, and Warren Ellis.

TRESE was mostly influenced by Gaiman’s THE SANDMAN and AMERICAN GODS, as well as Ellis’ PLANETARY and GLOBAL FREQUENCY.

Ohhh my… tough question… let me try and figure this out!

I sometime draw 20 boxes and imagine they are the comic book pages. It also helps me quickly see which pages make one spread, for example Page 2 and 3 are on the same spread, so I know what kind of information the reader will see when they turn the page. So, if I want to put a “surprise” for the reader, then I make sure it happens on an Even-Numbered Page, so that the reader will only see it when they turn that page over.

After I’ve written all that down, I type it up on my computer and I revise it as I go along.

That draft then gets sent to Kajo and he’ll start doing thumbnails/pencils for those pages. He’ll then send me the pages and based on his artwork, I’ll revise the script again. I’ll either add or delete dialogue based on what he’s drawn on the page.

While I’m doing that, Kajo will continue to ink the pages, putting in more details on the artwork.

I then send him the updated dialogue/caption boxes and he’ll add that to the inked pages.

He’ll send me the inked/lettered pages and I’ll review it one more time, maybe ask for a few things to be revised, and then we’re done with the story.

What’s the best thing about being a Filipino writer?

Looking at it from the point-of-view of writing TRESE, then I’m excited to explore our myths and stories from folklore. We have a rich history that we can share with the rest of the country, as well as the world. So, I think it’s great to a be Pinoy and have access from all these stories, which we’ll find in our books, and more importantly, we can find these stories from our friends and relatives. The more interesting stories are the ones that are not found in books, but the ones that have been passed on from family to family, generation to generation.

What’s the most challenging about being a Filipino writer?

Making a living out of being a writer in the Philippines is difficult. It’s not impossible, but it is very difficult. And it’s even more difficult to break into the US market, which gives you a good chance to being a full-time writer and get better pay from your work. But breaking into the scene and staying in it are two different things. So, the moment you get published and maybe make a name for yourself, then you need to keep writing and producing work to stay in it.

Which Filipino author/s do you think all Filipinos should read?

In the late 90s and early 2000s, the comic book creators that broke through the “geek-barrier” and attracted new readers to comics were Arnold Arre, Gerry Alanguilan, Carlo Vergara, and Manix Abrera. So, if you can get your hands on any of their new and old works is a must!

These days, the works of Mervin Malonzo, Julius Villaneuva, and Emiliana Kampilan are the ones that continue to push the boundaries of what can be done with the medium.

If not writing, what career would you have pursued?

My day job for the past 21 years has been in advertising. So, if I wasn’t doing comic books on the side, I would probably devote more time to telling more stories through advertising campaigns and platforms.

What’s next for you?

Kajo and I are now working on TRESE Book 8 and this September, we are releasing the US edition of TRESE Vol. 1 through Ablaze, a US publisher based in Portland. So, we are very excited to see how the US and foreign audience will react to our Pinoy stories.

Any advice to aspiring Filipino writers, especially for these unprecedented times?

During the first year of TRESE, when we were still self-publishing it, there were a couple of months when we couldn’t sell it in stores. While we waited for that situation to be resolved, we decided to share the first three stories for free on the Trese blog. Months later, we participated in Komikon and brought copies of those issues we couldn’t sell and were surprised to meet people who said that they read the stories online and have bene trying to find ways to buy the actual comic book.

So, write your story. Finish it. Then find ways to share it.

Lastly, what’s your favorite Filipino word, and why?

Funny, I was just talking about this with a fellow writer. “Taga-likha” means “creator”, but it also sounds like you’re from the “Land of Likha”. In the same way we are taga-Maynila or taga-Cebu or taga-Davao, we are also taga-Likha. We come from a land where we bring our dreams and imagination to life.

Can you share a quick selfie for your readers here? 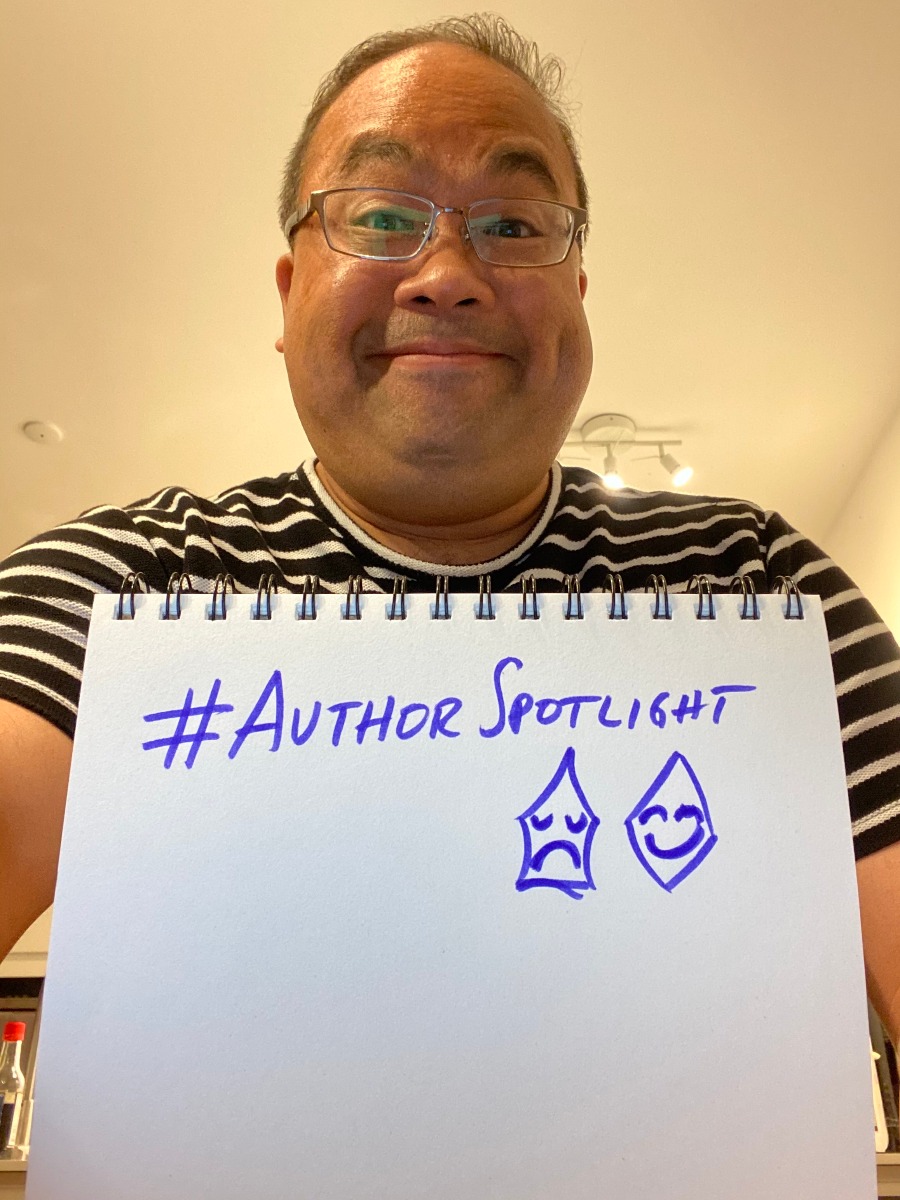 Check out all the other activities we have in store for Local Lit Fest 2020.